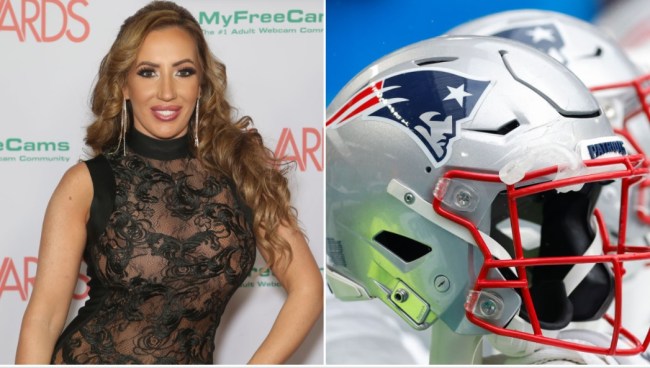 One New England Patriots player is having a pretty rough week.

Over the weekend, the Patriots were eliminated from the playoffs after giving up 47 points in a beatdown to the near-perfect Buffalo Bills offense.

According to adult film star Richelle Ryan, one Patriots player keeps trying to hook up with her on social media, and things got so bad that she had to shoot him down by reminding him of his embarrassing loss to the Bills.

This player on the patriots keeps messaging me to fly out to Boston…I obviously told him no and he still keeps pressing it so I had to remind him that the Pats gave up 47 points to the Bills and they didn’t even punt and this clown plays defense. He finally stopped messaging 😆

Athlete aren’t used to hearing No from people 💁🏼‍♀️