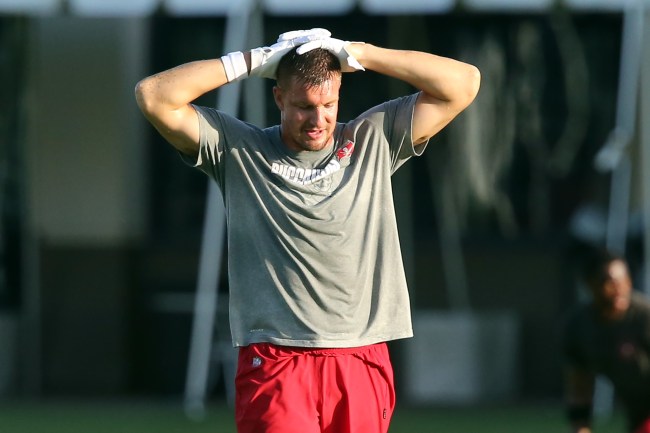 Rob Gronkowski is quickly learning that the Florida weather is a different animal then New England’s.

According to Bucs head coach Bruce Arians, Gronk is struggling a bit with conditioning in training camp because the Florida heat is “kicking his ass.”

“He’s probably in New England shape right now. He’s not in Florida shape. The heat’s kicking his ass pretty good,” Arians laughed after practice Monday. “It’s different, man. When you train in New England and come down here, it’s different. We laughed about it out there today. I don’t think he’s ever sweat that much in his life.

“So it takes a little time to get into the Florida shape, but as far as playing a game he’s more than ready right now.”

Gronk posted a pic of himself after today’s practice and he was soaked in sweat.

Despite it all, it seems like Brady and Gronk are still in sync in Tampa Bay.