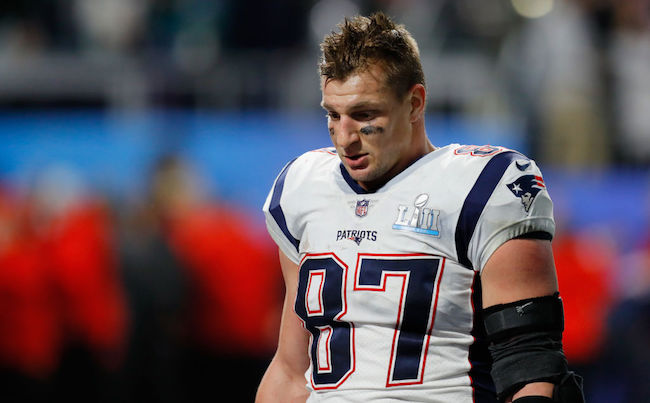 Since his professional career began in 2010, Gronk has been a reliable fixture in the athletic and cultural fabric of New England. Not only has he been one of the best to ever play the tight end position, but he’s been ubiquitous in his community service endeavors, and his childlike fascination with life is a welcomed offset to Bill Belichick and Tom Brady’s unsalted saltine personas.

For the past seven years, Gronk, when healthy, has been New England’s cheat code. A human bulldozer with the speed of a gazelle and hands softer than a millennial snowflake. The 28-year-old has set the single-season record for receiving yards and touchdowns by a tight end, just a couple of the many jaw-dropping achievements of the five-time first-team All Pro Buffalo native. And he’s done it all with that lovable ogreish smile.

But, over the past week, Gronk has sent Patriot Nation into a state of collective panic with cryptic tweets and reports of possible retirement and dissension within the organization. Gronk, who’s historically never been one to incite drama, added through fuel on the frenzy fire with a tweet he sent out last night.

As you may expect, all of New England pooped their pants simultaneously.

Are u enjoying this game? Cause I don't. If you have any doubt about your loyality to NEP, please leave.
But if you are sure you wanna stay, start working and be the best TE ever.

rob i can't take the vagueness. stop playing with my emotions.

These tweets are starting to bother me. Are you playing football in 18' or what?

Chris Long looked to be reveling in the obscurity.