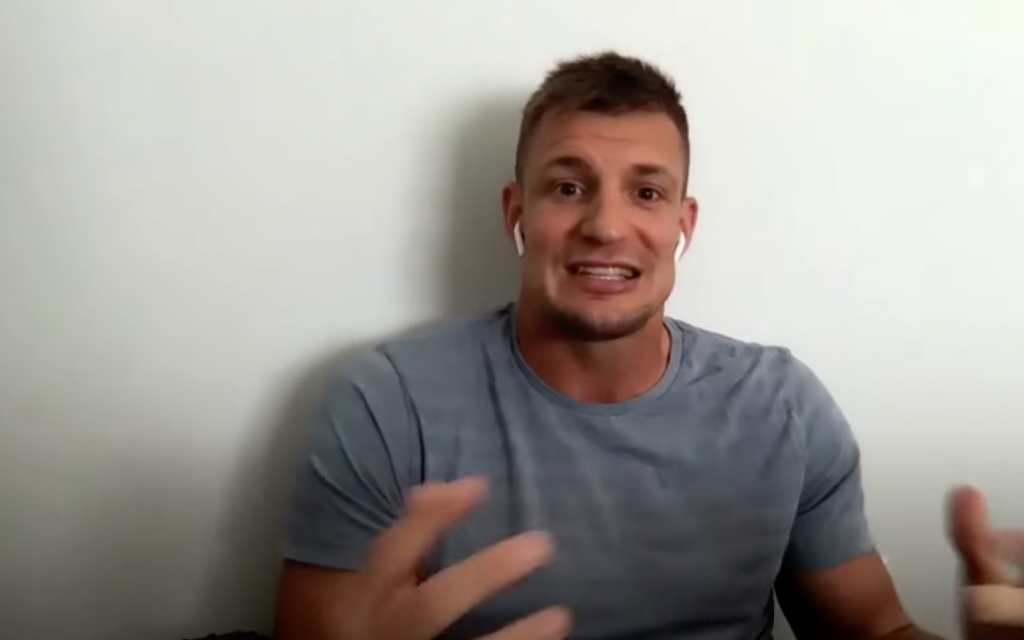 Rob Gronkowski became a 4-Time Super Bowl Champion on Sunday when he caught two touchdown passes from Tom Brady (2 of Tom’s 3 TD passes) en route to the Buccaneers’ second-ever championship. Then he partied, as Gronk does.

He’s the most fun guy in the league. I felt this way long before he played for my Tampa Bay Buccaneers. It’s just who he is. So, after winning his 4th Super Bowl, Gronk got to partying. And later made his way to the late-night TV talk shows with Jimmy Fallon and James Corden. On The Tonight Show Starring Jimmy Fallon, Rob Gronkowski discussed how much of a blur this season was because it happened so quickly. He talked about the keys to executing a perfect ‘Gronk Spike’, and they spitballed the idea of turning the Gronk Spike into an actual cocktail.

Rob also got into his friendship with Tom Brady and the possibility of retiring again. Thankfully for Bucs fans, Rob clarified that he hopes to be back with the Buccaneers next season despite being a free agent for the first time in his season. Here’s the Fallon clip:

He sounds fired up about next season which I LOVE to see.

On The Late Late Show with James Corden, Gronk joked about how the Super Bowl Streaker scoring while nobody on the Kansas City Chiefs was able to get into the endzone. Here’s that second clip:

Rob Gronkowski is currently a free agent but I don’t foresee any world where the Tampa Bay Buccaneers don’t sign him again next year. The team has Tom Brady for another season and neither of those guys is shy about their want and willingness to play together.