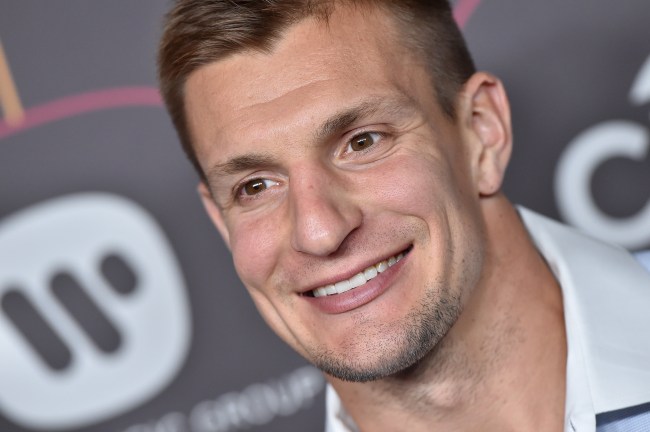 Rob Gronkowski is stepping in to save a Tampa high school football team after thousands of dollars worth of equipment was destroyed in the fire. Gronk hasn’t even had an official practice as a member of the Tampa Bay Buccaneers but he’s been winning over locals with this presence since news first broke that he was signing with the Bucs, and charitable acts such as this all but solidify the fact that the Tampa Bay area are incredibly fortunate to have Gronk on the team.

The fire broke out at Howard W. Blake High School located right on the Hillsborough River. According to the Tampa Bay Times, the fire began at 8:45pm on Saturday and was extinguished by 9:20 but the 10×20 foot shed housing the football team’s equipment was torched. It’s estimated $15,000 worth of equipment was damaged and the team wasn’t going to be able to replace the equipment due to how tight the budget is but Gronk and the Tampa Bay Buccaneers are swooping in to hook them up.

Just some of the equipment lost includes:

One of those irreplaceable items was a donation from the booster club: A homemade stencil that was made specifically for Blake to re-create the school’s yellow jacket logo in the center of the field for game days.

The 31-year-old Tampa Bay Buccaneers Tight End announced on Instagram that he and the Bucs would be replacing the lost items and the school’s season wasn’t lost.

If that video isn’t working for you, here’s what Gronk had to say:

“Hey everyone, last week we heard about an unfortunate incident in Tampa where a fire burned down a high school storage shed full of their team’s football equipment,” Gronk says in the vid. “Sadly, they lost it all.”
“Well, the Gronk Nation Youth Foundation and my new team, the Tampa Bay Buccaneers, are all about helping youth reach their full potential.”
“So, we’re gonna do just that. To the Blake High School Yellow Jackets, you’re getting a brand new storage unit and new football equipment to replace everything that was lost.”

They were set to resume practice July 15th but without the essential equipment the team’s coach said it wouldn’t be possible. In fact, the coach didn’t think there would be enough money to even replace 25% of the lost equipment.

Can we take a moment and pause to recognize that Gronk’s looking like he’s in season shape already? The dude is fit. He could suit up right now and be ready to go. Football can’t come soon enough. Have I mentioned that I’m a Bucs fan?