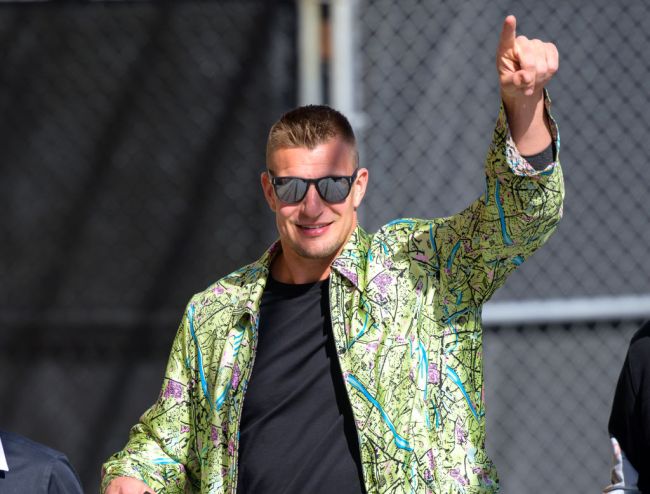 There is no team in football that has had to deal with more talk about retirement this offseason than the Tampa Bay Buccaneers. First it was all of the craziness surrounding Tom Brady’s decision to retire and then his decision to not actually retire. Then it was Bruce Arians shocking everybody with a retirement.

They still aren’t done. Rob Gronkowski still hasn’t decided if he will play football next season.

In fact, Gronk isn’t actually even under contract with the Tampa Bay Buccaneers right now. Luckily for Bucs fans, that will change if he decides to continue playing football.

Gronk told SB Nation’s Gil Arcia that if he plays football next season, it will be for the Tampa Bay Buccaneers.

Rob Gronkowski to SB Nation: ‘If I do play football again, it’ll be for the #Bucs’ https://t.co/oL3MWFVg4a

When asked about contract negotiations he said:

That will start if I decide that I want to play. There’s no reason to do that while there’s a decision to be made first. It’s all about if I decide to.

Gronk only waiting to sign with the Bucs until he decides whether he wants to continue playing football should provide fans with some relief. There had been some talk of him joining other teams throughout the offseason, although much of that came while Brady was retired. Now Bus fans know there is just one decision they really have to wait for.

Gronk appeared to have plenty left in the tank last season and is closing in on some big career milestones, so it could just be a matter of time before the Bucs have their starting tight end back.