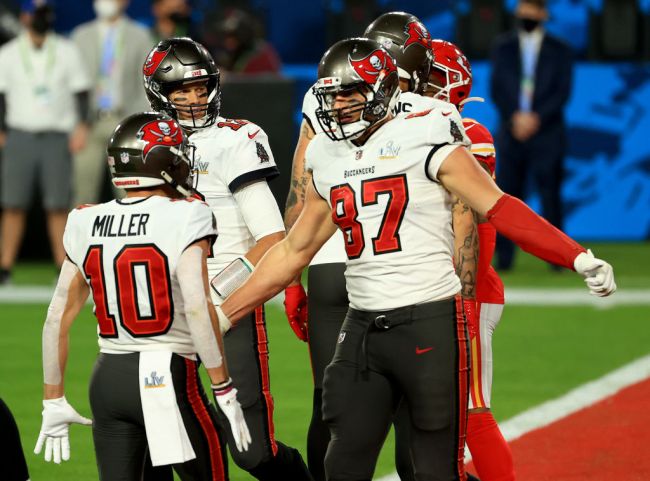 Rob Gronkowski doesn’t have a sister, but if he did, he wouldn’t let her date Scotty Miller. Tampa Bay’s social media team got in on a recent TikTok trend and things escalated very quickly.

The trend, which has millions of views across multiple accounts, is simple. The question of “who on the team would you not let your daughter/sister date?” is asked of multiple players on the team, who must answer said question.

Responses are typically lighthearted and playful. In the case of the Buccaneers, Gronk was first posed the question an had no chill.

“If I had to choose one player to not date my sister, if I had a sister, I would say Scotty Miller,” he answered. “I don’t even know how he has a wife right now.”

However, he fired direct shots at his pass-catching counterpart when he involved Miller’s wife. It seems like he could have left that out.

Who on the team would you not let your daughter/sister date? #nfl #gobucs #buccaneers

In response to the same question, Miller answered that he would not let his daughter date Mike Evans. Other answers from the team included Devin White, Leonard Fournette and Sean Murphy-Bunting.

Tom Brady, who answered last, said Antoine Winfield Jr. because his dad is an Ohio State grad and he chose to attend Minnesota over Michigan.