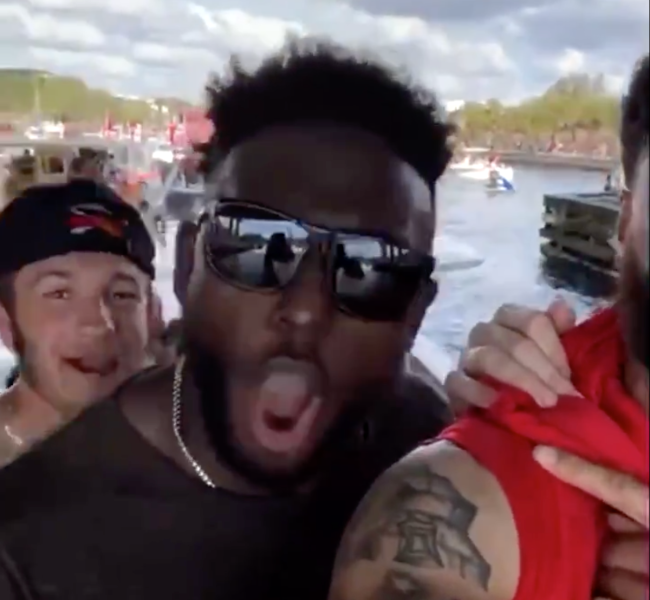 Scotty Miller had a remarkable breakout season for the Tampa Bay Buccaneers, but he finished the year with a brutal drop. During the team’s Super Bowl championship boat parade, the 2019 sixth-round pick dropped his fellow wide receiver Chris Godwin’s phone in the Hillsborough river. Godwin took over on Mike Evans’ live instagram story to tell the story and plead his case to Verizon for a new phone.

Miller, who was a two-star recruit out of high school and played his college ball at Bowling Green, was a crucial component to the team’s success throughout the middle of the year. While Godwin, Evans and the Buccaneers’ receiver room was dealing with injury, the 23-year-old stepped up and recorded 33 catches for 501 yards and three touchdowns. His biggest catch of the season came just before halftime of the NFC Championship game. With seven seconds left on the clock, Miller burnt Green Bay corner Kevin King for a 39-yard touchdown to give Tampa Bay a 21-10 lead at the break.

While Miller’s hands came in clutch when it mattered most, they failed him on Wednesday. He denied that it was his fault, blaming Godwin for his blunder, but the other Buccaneers on the boat continued to point fingers his direction.

Miller signed a four-year deal worth $2,647,840 with the Buccaneers, so replacing Godwin’s phone will not be an issue, but it robs his teammate of the photos he may have taken during the celebration over the past few days. Hopefully Godwin backed up his phone on the iCloud.