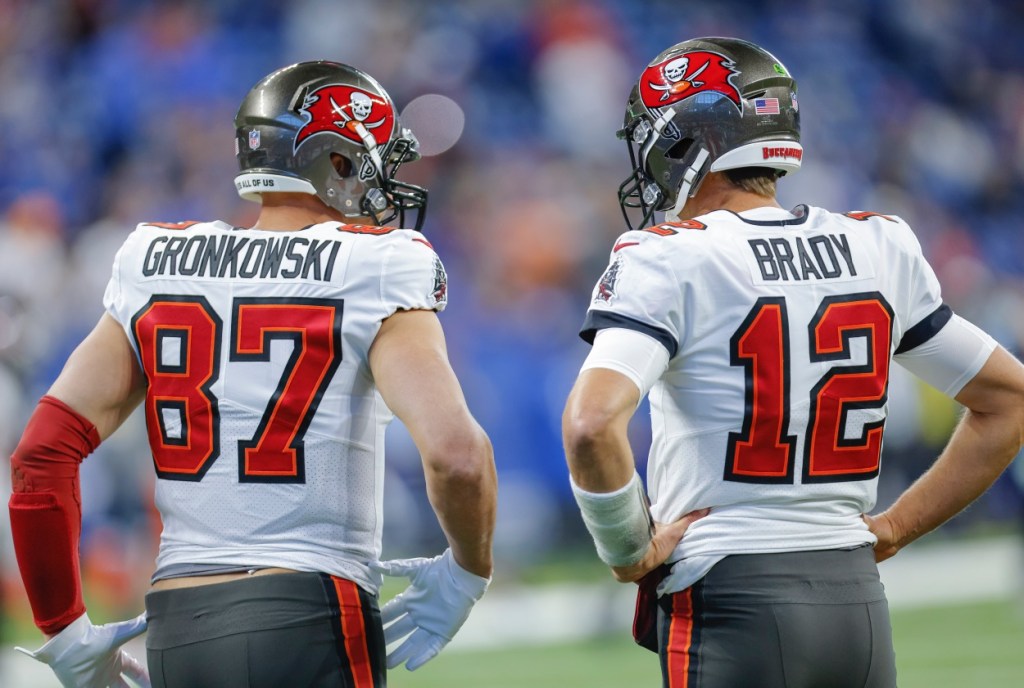 I’ve spent more time talking about ‘Imposter Syndrome’ in the past two years than I have the rest of my life combined. And it’s all because as a born-and-raised Tampa Bay Buccaneers fan who was (mostly) accustomed to losing, Tom Brady seemed to fall in our lap along with Gronk and other stars that Tom convinced to come to Tampa.

Gronk has 4 Super Bowls. Tom has 7, 5 Super Bowl MVPs, and 3 NFL MVP awards. Together, they’re the most prolific QB x TE combo in NFL history and they brought their magic to the Bucs.

As a guest on the NFL Network this week, Rob Gronkowski discussed how Tom Brady basically lives inside his head and Tom knows what Gronk’s going to do before Gronk knows. It’s a glimpse into what makes them unstoppable.

If you’d rather read than watch, here’s what Gronk had to say about his on-field relationship with Tom Brady:

“I met him when he was 32 years old, when I was 20 years old, and he hasn’t had a single drop off since I’ve met him. He’s never lost the throwing power, he’s never lost his skills,. This guy has it every single day, week in and week out, game in and game out. The way he’s playing, he’s never had a drop off in his career, since the day I met him.”

There’s no indication that Tom Brady is going to retire soon. Especially not after the Bucs win back-to-back Super Bowls this year.

I’d expect Gronk to sign another extension/1-year contract with the Bucs based on Tom’s decision to return next season so the Buccaneers can threepeat but only time will tell, maybe we’ll fourpeat?