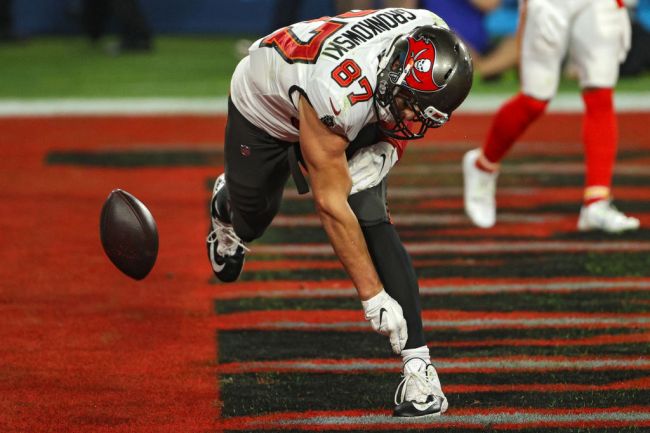 In the year 2022, nobody is safe from the takes of their past. Sometimes that’s a truth that comes back to bite public figures. Sometimes that just means we get to learn about Mitch Trubisky’s hobbies.

Today, it led to one reporter being roasted by none other than Rob Gronkowski.

Earlier this week, the Twitter account “Freezing Cold Takes” highlighted a 12-year old tweet from the Boston Sports Journal’s Greg A. Bedard that questioned why people were high on Gronk heading into the NFL Draft.

Gronk śaw the tweet and asked Bedard to elaborate.

As far as hot takes go, this is about as bad as it gets. It’s difficult to understand what there was to “not see” about Gronk coming out of college. All he did while playing at the University of Arizona was post 75 catches for 1197 yards and 16 touchdowns between his freshman and sophomore seasons while setting just about every tight end record at U of A.

Luckily the New England Patriots did “see it” as Gronk helped them to 3 Super Bowl wins while making 4 All-Pro First Teams, the 2010s NFL All-Decade Team, and the NFL 100th Anniversary All-Time team. He also holds the records or most 100 yard receiving games by a tight end and touchdowns in a season by a tight end.

Unfortunately for Greg A. Bedard, the internet is forever, so this awful take will always be out there somewhere.