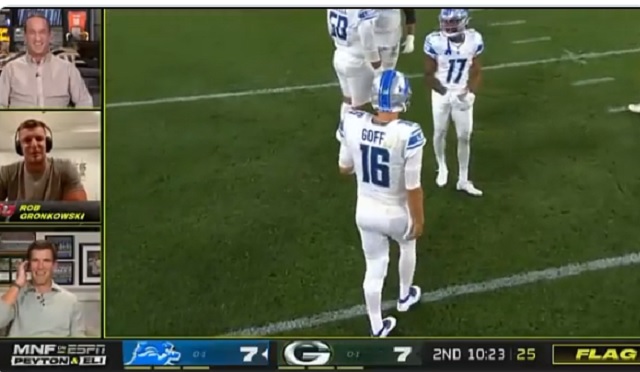 Rob Gronkowski isn’t the type to sit around and watch film for 40 hours of game film every week.

During Monday night’s Lions-Packers game Gronk stopped by the Peyton and Eli Manning megacast. During his appearance Grok hilariously admitted that he watches zero film on his own time and just asks Tom Brady who’s covering him every week.

“My teammate Cam Brate just asked me the other day, he goes ‘Rob I got a serious question. Do you ever watch film?” and I go ‘No, I don’t… I just run by guys. If I’m feeling good, I’m feeling good”

I actually do go up to Tom cause I know Tom watches like 40 hours of film a week, I go Tom, who’s covering me this week? What type of coverages are they doing? That’s why I go i love playing with you Tom, you always know everything”

Gronk is a legend.