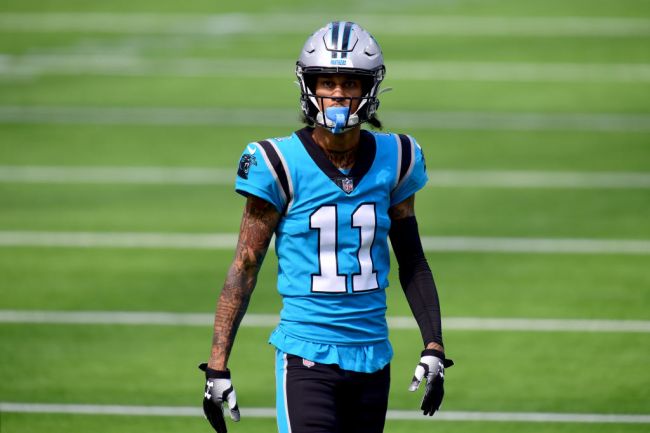 It seems Robbie Anderson’s opinion on Baker Mayfield has changed over the past few months.

Back when rumors first began circulating about the possibility of Baker joining the Carolina Panthers, Anderson made headlines when he indicated in an Instagram post that he didn’t want Baker.

The Carolina Panthers have since gone out and acquired Baker, leading Anderson to claim that he was just trying to support Sam Darnold with his post about Baker.

Now it appears that Anderson has fully changed his view on Baker. Today, Anderson praised what he’s seen from Baker in the time since he joined the Panthers.

Four months after pushing back at the idea of the Panthers adding Baker Mayfield, Robbie Anderson had nothing but praise for his new QB on Tuesday. https://t.co/yEMksyp6cu

It seems it has’t taken long for Anderson to figure out that Baker is a major upgrade from the quarterback play he dealt with last season. The change is likely a welcome one for Anderson after a down year in 2021.

Anderson was held to a career low in receiving yards last season with just 519 in spite of the fact that he was targeted 110 times. Even with Christian McCaffrey coming back to take some of those targets, Anderson’s numbers should improve with Baker throwing him the ball this season.