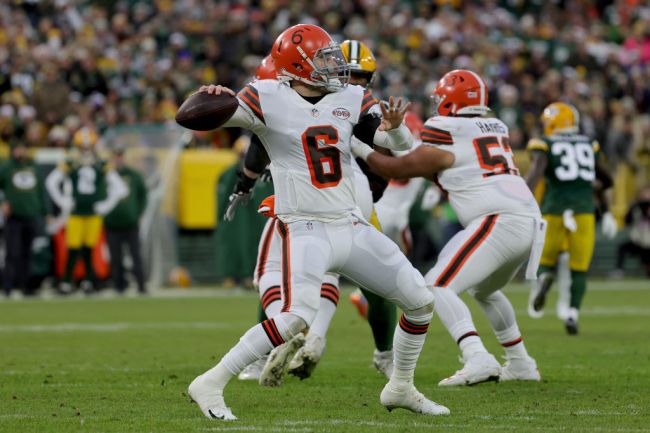 I guess we can cross another team off the list of potential landing spots for Baker Mayfield.

Earlier today, Ian Rapoport reported that the Carolina Panthers were the most likely landing spot for Baker. Panthers wide receiver Robbie Anderson did not take that news very well.

It’s surprising to see Robbie Anderson be so openly against the idea of the Carolina Panthers trading for Baker Mayfield. Mayfield would probably be the best quarterback he has ever played with.

So far in his career, Robbie Anderson has been thrown to by Ryan Fitzpatrick, Josh McCown, Sam Darnold, Teddy Bridgewater, and Sam Darnold again. It’s difficult to see how Baker isn’t an upgrade over that group.

It’s also unclear what the alternatives to Baker are for the Panthers this season. They’re likely to draft a quarterback in this year’s draft, but none of those prospects are expected to be ready to start this season.That leaves the Panthers with Sam Darnold as their starter.

This sentiment from what would be one of his top targets will likely deter Baker from wanting to play for the Panthers after recently saying that he feels “disrespected” because of his treatment by the Browns.

Baker is going to need to find a team that makes him feel welcomed after being kicked to the curb by the Browns and it now doesn’t seem like the Carolina Panthers are that team.