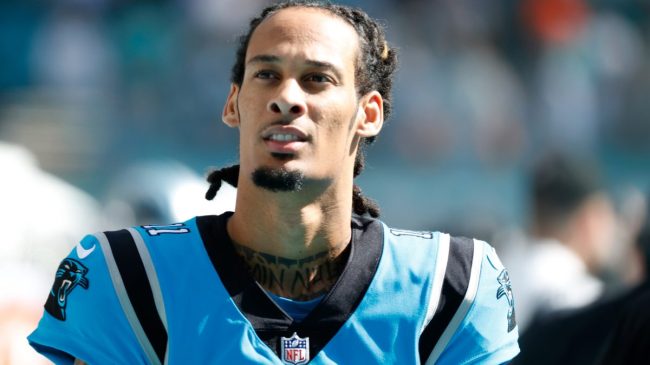 The Baker Mayfield saga is finally over. On Wednesday, the Browns agreed to trade the former No. 1 overall pick to Carolina. Mayfield will now compete for the starting role with the Panthers.

That news might come as a disappointment to wideout Robbie Anderson, who previously mentioned that he didn’t want Mayfield to play in Charlotte.

When the rumors began to circulate regarding Carolina’s being a likely destination for the signal caller, Anderson was in opposition. He commented “Nooooo” on a post that hinted the Panthers were the team most likely to take a chance on Mayfield.

A few months later, that prediction has come to fruition, and the internet can’t help but wonder about Anderson’s reaction.

Take a look at a few hilarious responses on Twitter.

Take a look at the response below.

Robbie Anderson finding out Baker Mayfield has been traded to the Panthers 😭 pic.twitter.com/GEuaMS4Sx5

"Baker Mayfield is now a Panther"

It’s definitely going to be a little awkward when Mayfield arrives in Carolina.

The reaction is pretty funny, but Anderson has since responded to the pickup, saying he has no beef with his new QB.

Mayfield will battle Sam Darnold for the top spot on the depth chart. Neither has been particularly reliable under center but Mayfield’s resume is much better to this point. He battled through injury for most of 2021 before being thrown away by the Browns to make room for Deshaun Watson.

Now, he’ll get his chance for revenge with Carolina taking on Cleveland in the 2022 season opener. Hopefully, he’ll get a little help from Robbie Anderson, and they can sweep this little tussle under the rug.