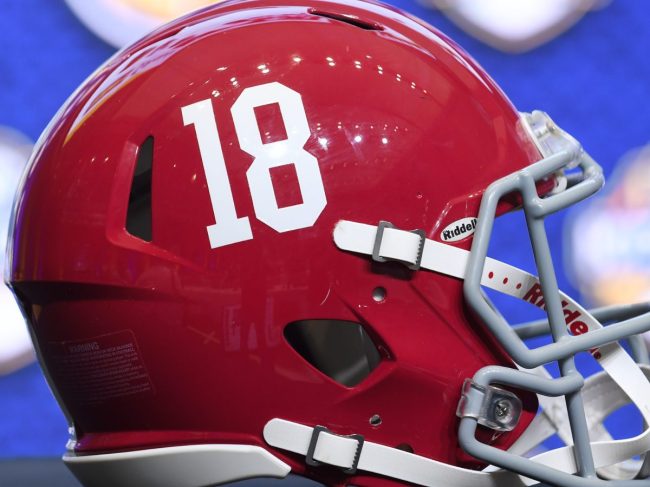 Alabama tight end Robbie Ouzts has gone through quite the transformation between his freshman and sophomore seasons. At least in the media guide.

While the pass catcher hasn’t added a ton of weight or grown two inches or even changed his number, he’ll certainly look different to fans when the opening kick rolls around.

A mashup comparing Ouzts’s athletic site photos from his freshman and sophomore years is going viral on social media. The pictures show the Crimson Tide tight end trading his clean shave for a new mustache. He also swapped his curly head of hair for a slick mullet.

Either way you look at it, it’s a big change.

College football fans have been quick to comment on the new look.

Folks were quick to weigh in on the transformation for Robbie Ouzts, and they posted some hilarious responses on Twitter. Take a look.

Evolved from John C Reilly to a young Jeff Gordon

Before and after you consume a case of Busch Light

This man turned from Robbie to Rob, the guy who sold me my Toyota, in one year. https://t.co/koi26ktfLj

You vs. the guy she tells you not to worry about https://t.co/wsm6sBWMLr

He went from Rammer to Jammer in 2.5 seconds

Fans noticed that he lost two pounds. That could’ve come from the haircut.

The two pounds came from the haircut.

We’re expecting big things from Ouzts this offseason after seeing this new look. That mullet is Boz-worthy, paying homage to the great Brian Bosworth.

Ouzts hauled in one reception for eight yards in his freshman season. He’ll look to make a bigger impact in 2022 in hopes of getting Alabama back to the national title game.