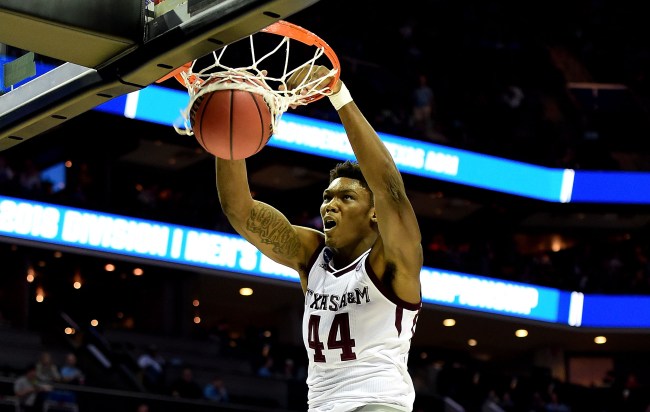 Celtics’ 20-year-old draft pick Robert Williams is 20-year-old me. The only difference being I wasn’t a first-round NBA draft pick making a couple million dollars a year.

Williams has not done much to stomp out concerns various teams had about him pre-draft: he’s lazy and irresponsible. When Williams chose to return to Texas A&M for his sophomore year, his father claims that maturity was the main reason.

In just 10 days since he was drafted, the Texas A&M product slept through his introductory conference call, missed a flight to Boston (blamed it on different time zones), and his first summer league practice.

“I think everyone’s disappointed,” Celtics Summer League coach Jay Larranaga said. “You want to get everything off to a good start in the first day, but we’ll handle that internally and move forward.”

Can’t make this stuff up: Celtics say rookie first-round pick Robert Williams, who was introduced here Friday, missed his flight back to Boston and was not present for the start of summer league practice today. Williams already overslept an introductory conference call.

“I’ve never met him,” Larranaga said. “So I can’t really speak on anything but my personal interaction. I think with every rookie that comes into the NBA it’s really a race to maturity, and some people are further ahead like a Jayson Tatum. And a lot of guys have some work catching up to do. So Robert, like I said, when he gets here tomorrow we’ll start working with him. And I’m just excited to get to meet him.”

It will be interesting to see how no-bullshit veterans like Al Horford will respond to Williams’ perceived immaturity, if it progresses. Williams should count his lucky stars that