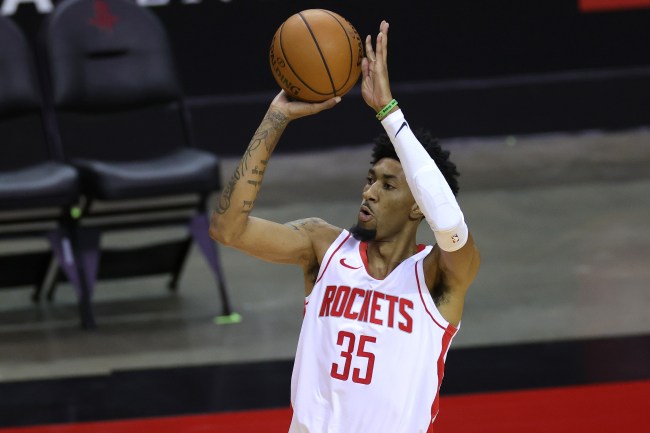 Rockets’ Christian Wood has had a rocky but inspirational NBA career.

Back in 2015, Wood went undrafted after being projected to be a first-round draft pick and his disappointment on draft night was captured in a photo that went viral.

This is about the saddest picture from an NBA Draft you'll ever see — Christian Wood realizing he's going undrafted. pic.twitter.com/be7ttxLBuT

Not only did Wood go undrafted but his girlfriend also apparently broke up with him after one of the worst nights of his life.

On the night of the draft, Wood rented an event space at Caesar’s Palace. He invited a few dozen family and friends. “He was so excited at first,” said former UNLV coach Dave Rice. But Wood watched with horror as his name went uncalled in the first round. It wasn’t called in the second round, either.

Somehow, that wasn’t the end of Wood’s misery. “I lost my girlfriend that night, too,” he said. “I dropped her off at the airport after the draft and never saw her again.”

Since then Wood has flourished during his time in Detroit to signing a 3-year $41 million contract with the Rockets this offseason and becoming one of the team’s shining stars in the first two games of the season.

He deserves every penny from his $41M contract. pic.twitter.com/eQPBWupRqv

Christian Wood has the photo from the moment he went undrafted in 2015 saved on his phone. And he looks at it before every game for motivation.

In 2 games with the Rockets, @Chriswood_5—who played on 8 previous teams—is averaging 27 points.