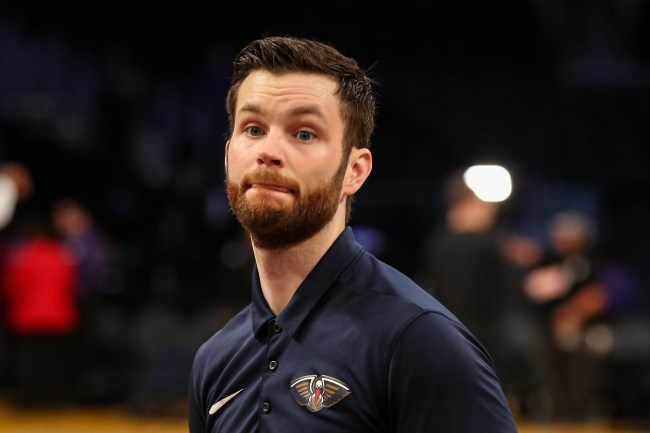 Can you imagine how awful of a person you’d have to straight up cold-cock someone for seemingly no reason? Like how does a thought like that even enter someone’s mind, let alone act on it?

To get the answer, we’d have to head to a Houston-area jail to speak with 38-year-old Manuel Garcia, who was arrested during the Pelicans loss to the Rockets on Saturday for punching Pelicans assistant coach Joe Boylan in the face while sitting behind the bench.

The scene was caught on video so you can see for yourself how egregious the cheap shot was.

According to TMZ, cops also arrested the man’s girlfriend, 33-year-old Brittney Aplin, who allegedly tried to interfere with officers as they pursued Garcia.

Still, authorities are perplexed over the motive of the attack, but the Garcia is facing up to a year in the slammer if convicted.

The Rockets organization has announced that they’ve banned Garcia for life from the stadium.

Other than assaulting a stranger for no apparent reason, I have no reason to believe that Garcia isn’t a stand up guy.