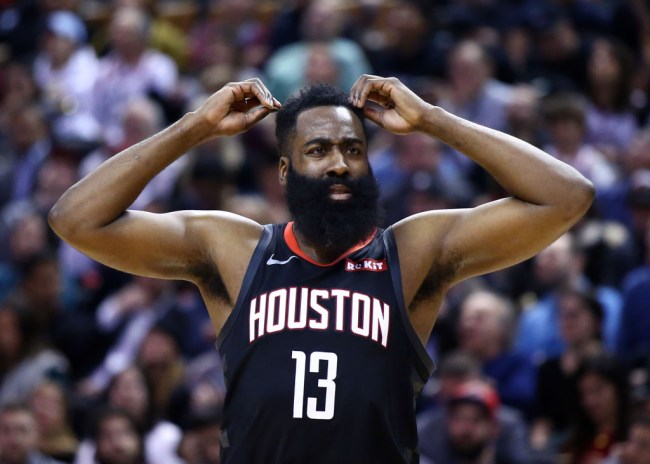 Rivers spoke with USA Today and applauded Harden’s efforts on the defensive side of the ball. Harden apparently has learned to ask his teammates who’s guarding who on the court, too, which may seem pretty basic, but it’s supposedly something new for him.

“A lot of it is defense. People may find that surprising, but I think he’s trying to make that an emphasis on him for himself. It forces him to be locked in on that end of the floor. He asks during every free throw who everybody has. Little things like that that he would never do in the past.”

Houston head coach Mike D’Antoni also had plenty of nice things to say about Harden’s defensive ability. He says it’s fine that he takes a few plays off here and there, because he’s a superstar, but other than that he’s ‘one of the best post defenders in the league.’

“Sometimes he gets tired and sometimes he’ll take a play off, but all superstars do that,” D’Antoni said. “He always has been one of the best post defenders in the league. He allows us to be able to switch easily. He can guard post players. Now he’s taking it on himself to be in the right position and always talking.”

My goodness, talk about riveting stuff from D’Antoni and Rivers. They obviously aren’t going to sit there and say ‘nah, he sucks ass on defense and doesn’t give a damn’ but yikes, are they seeing what the rest of us are seeing?

I don’t think it’s a coincidence that there are dozens of compilations on YouTube of Harden playing hysterically bad defense.

Sure, maybe the times have indeed changed for Harden on defense and his offensive ability just overshadows it all, but it’s tough to believe given what we’ve seen over the years.