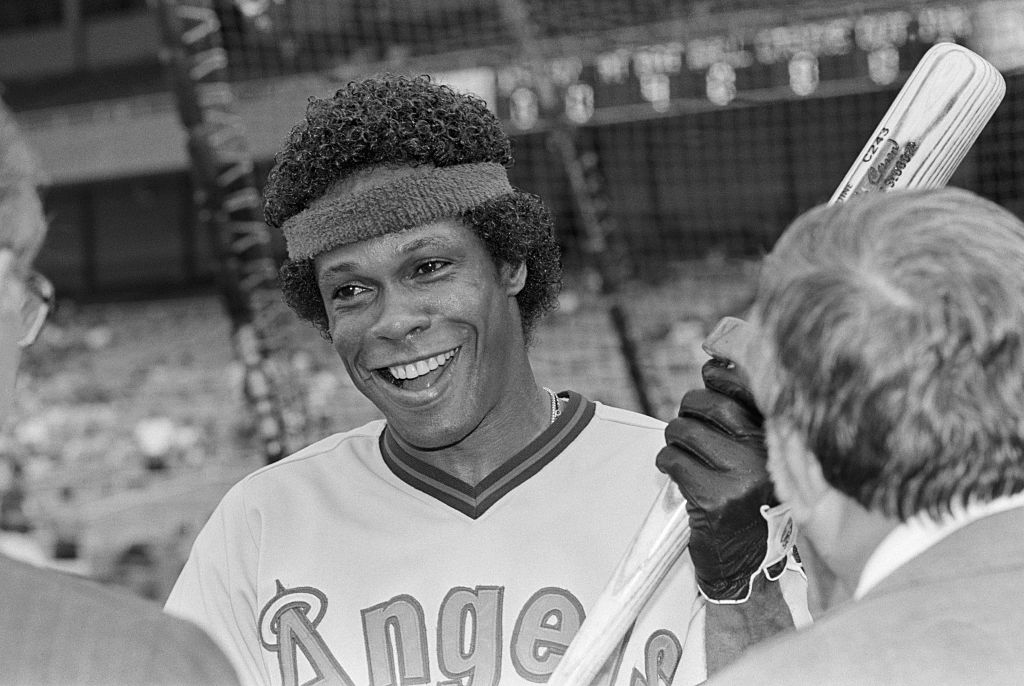 Nolan Ryan was an unhittable pitcher to most mortals but not Rod Carew. There were only 25 bitters with 75+ plate appearances against Nolan Ryan. The only batter who hit above .300 against Ryan was Hall of Famer Rod Carew.

FYI, it’s nearly impossible to type out ‘Hall of Famer Rod Carew’ without hearing Adam Sandler singing the Chanukah Song in your head.

Panamanian-born Carew made the All-Star team 18 straight times. It’s hard to wrap our minds around that these days. Eighteen straight years of being one of the best players in the league.

Rod was the AL batting champion in 7 seasons, he also won the AL Rookie of the Year and MVP awards. He did it all.

In 1974, Rod Carew hit .538 against Nolan Ryan (7-for-13) with 1 home run and four walks (only 4 Ks). Nolan Ryan holds the MLB record for Most Strikeouts and the Most Career No-Hitters. He was a master on the mound. But Rod had him figured out and he shared his secret on Twitter.

Hi Mr. Carew, when I was a ten-year-old kid, I would go to our backyard and imitate your batting stance while fantasizing about playing MLB baseball. My question is, was your stance influenced by any particular player or was it just something you came up with yourself?

I crouched my stance because of Nolan Ryan. He threw a high fastball that was hard to resist. I crouched down because his lower fastball flew straighter at that height. He eventually yelled at me to “Stand up!” I didn’t 😄 https://t.co/quAV0gfvhD

“I crouched my stance because of Nolan Ryan. He threw a high fastball that was hard to resist. I crouched down because his lower fastball flew straighter at that height. He eventually yelled at me to “Stand up!” I didn’t”

Here’s a reminder of what Rod’s amazing swing looked like:

To be fair, this isn’t the first time in history that someone stated this. I came across a 2014 article on Medium describing Rod’s approach of crowding the planet or exaggerating his crouch.

Carew would tailor-fit his stance to the pitcher and that’s part of what made him one of the greatest hitters in MLB history. This isn’t an approach that will work for every kid seeking to be the next Hall of Famer but it’s important to experiment with stance early on.

Apropos of nothing, he’s the Nolan Ryan vs. Robin Ventura fight that should be watched at least once every couple of years by every baseball fan.