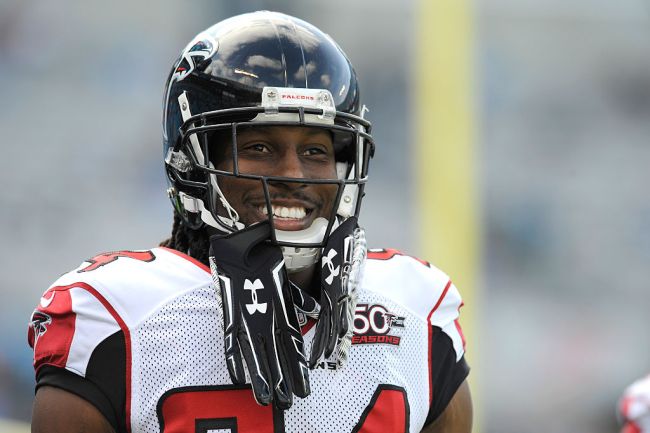 Three women have filed lawsuits alleging sexual assault against Deshaun Watson, and according to attorney Tony Buzbee, three other women could step forward as well. The third lawsuit has been filed by a woman claiming that Watson forced her to perform oral sex in December of 2020 after reaching out to her on Instagram.

As the news broke, former NFL wide receiver Roddy White decided to jump on Twitter and give his opinion about the situation with quite possibly the worst take the Internet has ever seen. According to White, “it’s impossible to make someone give u oral sex.” 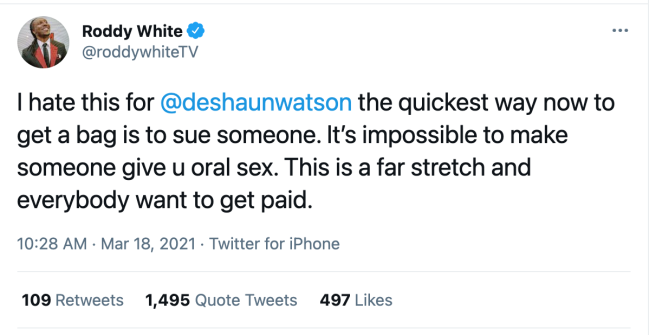 According to TMZ, the woman in the third lawsuit under the pseudonym Jane Doe has alleged Watson repeatedly told her throughout the massage that he was a professional football player and that she never consented to the sex act.

Jane Doe — who claims she was newly engaged and had just graduated chiropractic school — says her mother dropped her off at the job, and then she met Watson … and that’s when she claims things immediately got weird.

The woman says Watson insisted she focus on massaging his “inner thighs” and “inner glutes” — while repeatedly telling her he’s a professional football player.

She claims Watson “got more aggressive” — and eventually “coerced [Jane Doe] to move her mouth toward his penis, forcing [Jane Doe] to perform oral sex on him.”

The woman claims she never consented to the sex act … and actually “blacked out for a few minutes from the fear.”

In her suit, the woman claims she was so terrified, she defecated on herself.

Watson denied the allegations made against him after the first lawsuit was filed.