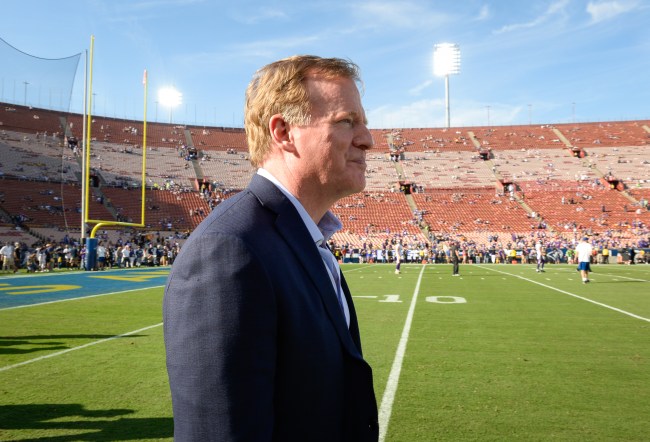 I’m not Saints fan and I’ve got absolutely nothing against the Rams, but I was livid with the way yesterday’s NFC Championship Game ended after the Rams won in overtime due to a blown ‘no-call’ by the refs with 1:49 left on the clock.

Everyone saw it happen. Everyone watching on TV. The fans in the stands. The coaching staffs of both teams. They watched Rams cornerback Nickell Robey-Coleman go helmet-to-helmet with Saints WR Tommylee Lewis just a few yards outside of the endzone AND the illegal hit arrived before the ball. Pass Interference? Yes, but no flag. Helmet to Helmet? Also, yes but also no flag.

The Saints kicked their field goal to go up 23-20 and left a ton of time left on the clock for the Rams to drive back down the field, tie the game, and sent it to overtime where they’d eventually win. Had they gotten the penalty they deserved, they probably could’ve bled out the clock and kicked with just a few seconds left in the game (if they didn’t score a TD).

What recourse did Sean Payton and the New Orleans Saints have? None at the time. The pass interference wasn’t reviewable and the game played on. They could’ve stopped the Rams from driving but that didn’t work.

As it turns out, NFL commissioner Roger Goodell could change the ending of the game if he wanted to because of a rule in the NFL rulebook that gives him ultimate power if a game ends with a ‘grossly unfair result’ as stated by PFT. Here’s the rule:

Consider Rule 17, Section 2, Article 1: “The Commissioner has the sole authority to investigate and take appropriate disciplinary and/or corrective measures if any club action, non-participant interference, or calamity occurs in an NFL game which the Commissioner deems so extraordinarily unfair or outside the accepted tactics encountered in professional football that such action has a major effect on the result of the game.”

And here’s where it gets even juicier. Consider Rule 17, Section 2, Article 3: “The Commissioner’s powers under this Section 2 include . . . the reversal of a game’s result or the rescheduling of a game, either from the beginning or from the point at which the extraordinary act occurred.” (via)

Personally, I take this ‘has a major effect on the result’ to refer to something like a terrorist attack, earthquake, or another natural disaster. Not the complete incompetence by NFL refs that we see every week. This basically would’ve required Roger Goodell to use his ultimate power to call out one of his employees in front of every NFL fan in the world and it would’ve probably triggered an immediate backlash from refs across the league and led to some sort of boycott.

Officials missed a call that could have been pass interference, helmet to helmet, unnecessary roughness, face guarding, any of them. Instead it was none of them.

The game, and legacies, were changed.

The fact remains, the language is there in the rulebook for Roger Goodell to do something about how the game ended. He won’t take action aside from maybe firing or fining the officiating crew. But he could if he had any balls. What’s interesting is because this rule exists I think it could lay the framework for an interesting legal battle between the Saints and the NFL if it goes that route.

Now, as an NFL fan would you want to see him force the teams back out on the field to replay those last two minutes? Or are you accepting of how the game ended?