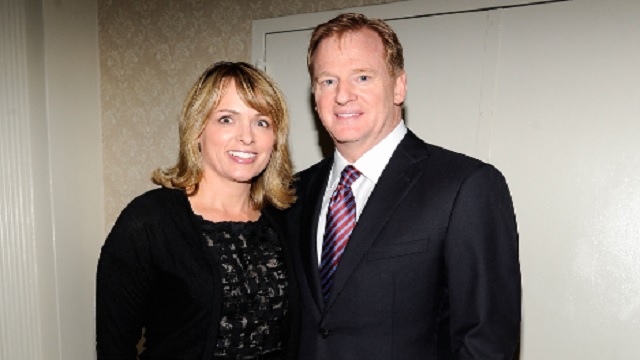 Kevin Durant isn’t the only person in sports using secret twitter accounts to argue with trolls.

Today, The wife of Roger Goodell has admitted to defending her husband against NFL journalists via a secret Twitter account according to a report from the Wall Street Journal.

The Wall Street Journal reports that Jane Skinner Goodell was defending her husband from criticism over his actions as NFL commissioner via the Twitter account. The account was “@forargument” and named “Jones smith.” The Journal says it had no followers and no profile picture.

The most frequent sparring partner for @forargument is the nation’s sports media. On Sept. 26, @ProFootballTalk, the Twitter account for the popular NBC Sports blog, tweeted that it was “on the commissioner” to solve the anthem issues.

In response, @forargument tweeted: “Please do better reporting. He is already doing this. You are behind.”

Here is Jane Goodell explaining why she used an anonymous twitter account to defend her husband on the social media site.

“It was a REALLY silly thing to do and done out of frustration—and love.” Mrs. Goodell said to the Wall Street Journal Thursday in a written statement. “As a former media member, I’m always bothered when the coverage doesn’t provide a complete and accurate picture of a story. I’m also a wife and a mom. I have always passionately defended the hard-working guy I love—and I always will. I just may not use Twitter to do so in the future!” 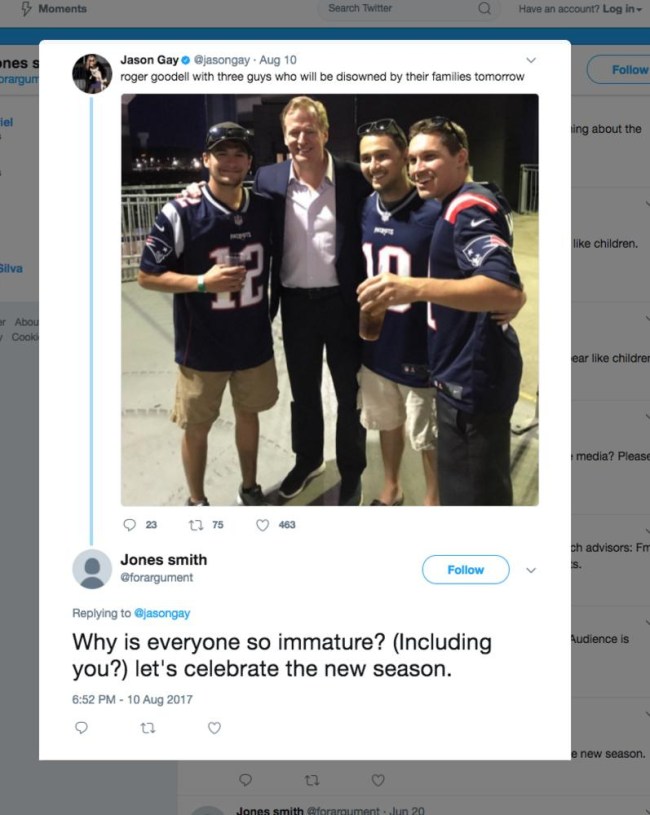 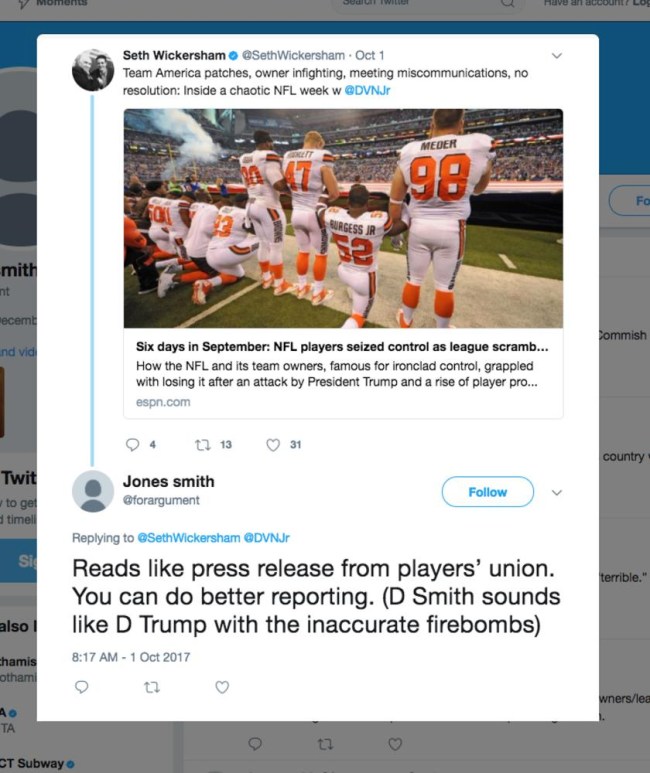 People like Durant and Mrs. Goodell really need to start doing a better job concealing their burner accounts on Twitter.