Why So Serie A? BroBible’s Serie A Weekend Preview – Napoli Vs Roma 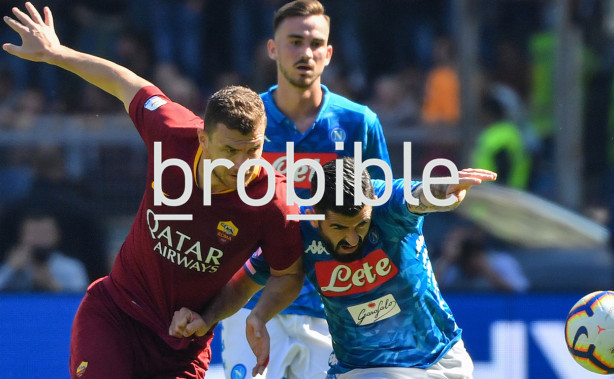 With Serie A fully in the swing of things, BroBible is going to take a look at the biggest matchup of each weekend and give you the betting information you need to know to get rich quick.

This weekend’s premier matchup features two of the most iconic clubs in world football as Serie A runners-up Napoli head to the Italian capital to take on AS Roma at the iconic Stadio Olimpico.

Saturday’s match between these two pillars of Italian football, which kicks off at 10:00 a.m. will be airing exclusively on ESPN+ in the states. Now, on to why you’re all here: the betting preview and prediction

After a turbulent 2018-19 season that saw them go through two managers and finish in sixth place, Roma has started the 2019 campaign stronger than most people thought, as they currently only have one loss and sit fourth in the Serie A table with 19 points.

As for Napoli, who have been runners-up to Juventus the last two seasons, they’ve also begun the season in decent form, as they not only sit sixth in the Serie A table with 18 points, but they have a Champions League victory over defending European Cup winners Liverpool under their belts.

Yet, despite both clubs beginning the Serie A season on solid ground, they’ve already on the outside looking in, as Juventus and Inter Milan are already way ahead of the pack with 26 points and 25 points, respectively.

Which means, despite the fact that this is still a relatively early-season game, it is a crucial one for both sides, as a win for either side would further cement their place in the Top 4.

While Roma has certainly been decent this season, they did lose at home to Atalanta earlier in the season, as they were simply outclassed by a better side. Given Napoli’s superior talent and big-game experience, I respect a similar result. Ride with Napoli to win.