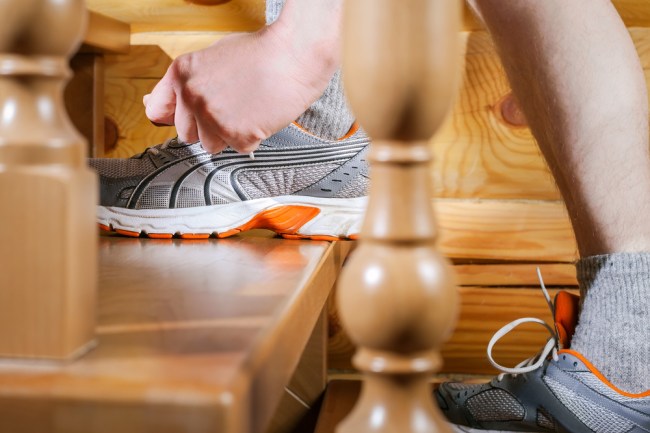 Former Olympic athlete Ron Hill’s world record streak ended on Saturday when the 78-year-old stepped outside and went for a one-mile run. Ron didn’t go for a run on Sunday, breaking his streak of 19,032 days in a row of running, a streak that began all the way back on December 21, 1964.

To contextualize this a little bit, Ron’s streak began just five days before I Feel Fine by The Beatles topped the Billboard chart. He ran every single day of his life for 52 years and 39 days. The fact that he wasn’t medically prohibited from running at any point during those 52 years is absolutely insane.

The worlds greatest run streaker ends his streak. Due to ill health Ron has decided to take a day off.

With Ray’s streak ending due to an (as of yet) undiagnosed heart condition, the world’s longest streak for most consecutive days running passes to a man living in California who has run every day for 17,417 days (over 47.5 years in a row).

In a statement released by Streak Runners International, Hill, who suffers from an undiagnosed heart problem, said that after less than 400 metres on Saturday, “my heart started to hurt and over the last 800 metres, the problem got worse and worse. I thought I might die but just made it to one mile in 16 minutes and 34 seconds. There was no other option but to stop. I owed that to my wife, family and friends, plus myself.”
Streak runners must run at least a mile every day, regardless of injuries, surgery or other circumstances. The records are submitted by runners on the honour system, but Mark Washburne, who keeps both the US and world lists, tries to check out claims of lengthy streaks.
The end of Hill’s streak gives Jon Sutherland, 66, of West Hills, California, the longest active streak in the world at 17,417 days, or a little more than 47½ years, according to the US Running Streak Association. Three other Americans are not far behind and all are probably young enough to pass Hill’s record if they continue.

Things that didn’t stop Ron Hill from keeping his streak going include the following: 10 broken bones and 2 knee surgeries. Ron told reporter Lenny Bernstein that during times he’d have knee surgery he’d wake up early and run before the surgery, then he’d run the days after surgery without telling his doctors.

RELATED: The 15 Best Running Shoes For Men Available Right Now, All For Under $100

What’s the most astonishing statistic from Ron Hill’s incredible running streak? Over the first 45 YEARS of running streak HE AVERAGED running 11.2 miles per day. I’ve only ever ran more than 10 miles at a time once in my entire life, and Ron Hill averaged 11.2 miles per day for 45 goddamn years. He ran 115 marathons and in 112 of those marathons, he ran faster than 2hrs50min. Competed in the Olympics twice, and for a while he held the course record for the Boston Marathon.

If you need motivation, Ron Hill’s story is the one you’ve been looking for, so follow that link and continue reading about his incredible streak.