Ron Rivera Relied On A Diet Of Mountain Dew, Root Beer, And Taco Bell To Help Him Kick Cancer’s Ass 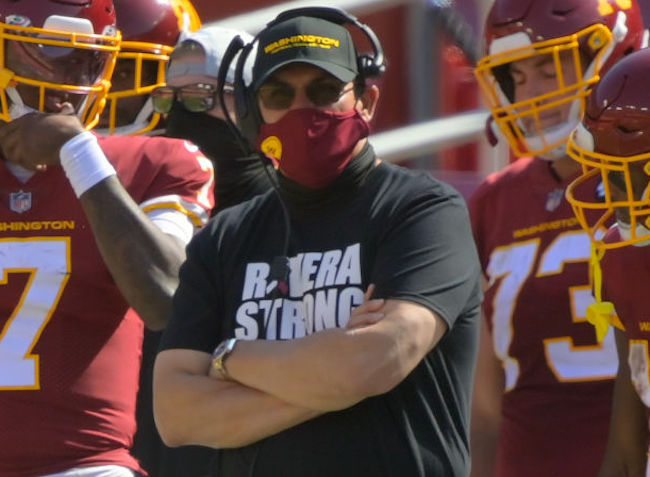 Virtually every person who’s lived through 2020 has spent the majority of the year strapped into one hell of an emotional roller coaster but I doubt there are many people who’ve had a wilder ride than the one Ron Rivera has been strapped into over the past 365 days or so.

After being fired by the Panthers at the beginning of last December, Rivera opted to take his talents to Washington to helm the franchise creatively dubbed the “Football Team” over the offseason before revealing he’d been diagnosed with cancer over the summer. Thankfully, the carcinoma that was detected in one of his lymph nodes was found in the early stages, and after pledging to keep coaching while undergoing treatment, he finished his final round of chemotherapy back in October.

Thanks to the abysmal nature of the NFC East this season, Washington is currently tied for first despite having a 5-7 record after its shocking upset of the Steelers on Monday night. It was one hell of a victory, but the hard-fought win paled in comparison to the battle their coach had to fight while doing everything in his power to make sure he wouldn’t be absent from the sidelines for a single game after his diagnosis.

Rivera recently spoke with ESPN about the struggles he faced during the three rounds of chemo he underwent, revealing he lost 36 pounds due to how difficult it was for him to swallow in addition to the toll it took on his taste buds. Thankfully, he was eventually able to find a diet he was able to tolerate—one that consisted almost entirely of soda and America’s favorite “Mexican” restaurant:

“For breakfast, I had pancakes and to help swallow, I had what amounted to three cups of syrup on the two pancakes.Water tasted terrible.

The only things I could truly drink were root beer and Mountain Dew. Those tasted normal and helped me eat from that point on. What’s crazy is one of the foods that helped me get through this was Taco Bell tacos, for whatever reason.”

I guess teenagers who rely on that combination to stayed fueled during marathon Call of Duty sessions aren’t the only ones to harness it when it comes to staying at the top of their game.