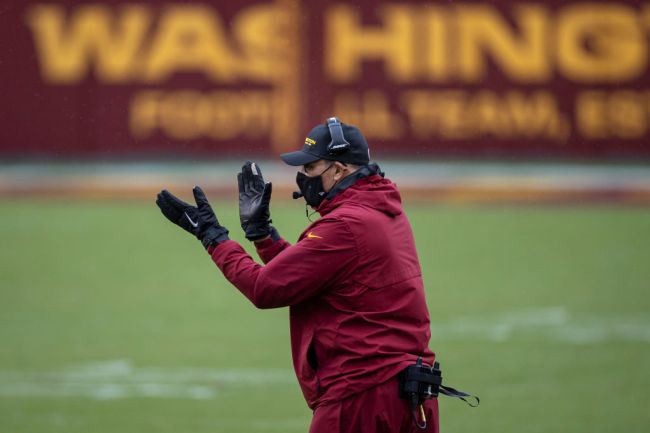 The Washington Football Team is celebrating ‘Victory Monday’ with a little bit extra motive today. Not only did the Football Team beat down the Cowboys in definitive fashion on Sunday, but head coach Ron Rivera finished his last round of cancer treatment this morning. As is common when cancer patients complete their treatment, the doctors, nurses and staff cheered Rivera on as he walked out of the facility.

Rivera, who revealed his diagnosis to his locker room in late August, had received seven weeks of treatment for squamous cell carcinoma (lymph node cancer) at the Inova Schar Cancer Institute in Washington, D.C. that concluded on Monday morning. The 58-year-old head coach did not miss a single practice or game while fighting the disease and deserves to ring the hell out of that bell.

This isn’t the end for Rivera, as he will still have to monitor his progress in the coming weeks, but it is a very joyful milestone as he continues to fight the fight. Washington will turn its focus to its in-division battle with the New York Giants on Sunday and Rivera will surely get right back to Xs and Os, but today’s victory is worth taking a pause to celebrate. Fuck cancer.