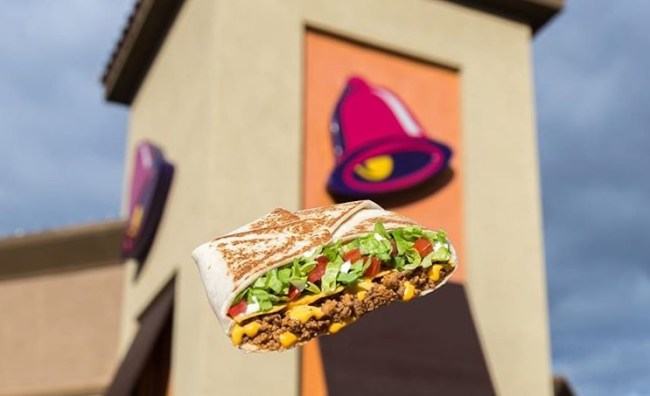 Where are my real Taco Bell enthusiasts at? Today is your day. Your favorite fast-food restaurant is #1 in the United States. Taco Bell was officially named as “America’s favorite Mexican Restaurant” this week. Never underestimate the power of the Bell.

Taco Bell dethroned Chipotle as America’s Favorite Mexican Restaurant according to a recent survey from a new Harris Poll EquiTrend Study. T-Bell is the new Mexican food champion based on the results of an online survey between January 3 and February 15 of 77,031 U.S. consumers who were at least 15-years-old. There were three variables in the survey: familiarity, quality, and consideration.

Taco Bell defeated Chipotle, which had won the delicious award in 2016 and 2017, mostly because Chipotle suffered from many public accounts of people getting sick from their food in recent years. Taco Bell also beat out Moe’s Southwestern Grill.

Other Mexican food purveyors that were in the hunt were Qdoba, Baja Fresh, and Del Taco. You know it was Taco Bell’s Nacho Fries that put them over the edge.

“Taco Bell’s marketing is ubiquitous so it wasn’t surprising to me that they came out on top this year,” Amir Kanpurwala, director of the survey, told Yahoo Finance. “It’s not so much that Moe’s or Chipotle are falling off the map. Taco Bell has just been a stronger brand as of late, as demonstrated by the strong familiarity and consideration marks.” Taco Bell is definitely living más today.