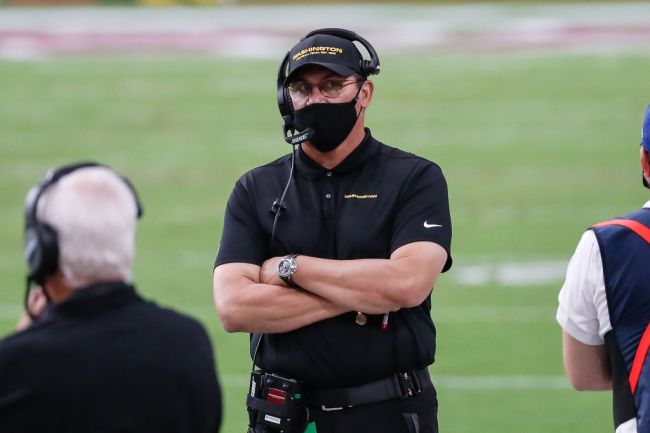 You can’t be absolutely certain about many things when it comes to the NFL Draft, but it was a guarantee that the Bengals were going to select Joe Burrow first-overall in April’s draft. After that happened, it was then a guarantee that Washington was going to take Chase Young with the No. 2 pick.

Those two pieces fell into place, but what if the Bengals shocked the world and selected Young or someone else, what would Washington have done then? The team already had Dwayne Haskins at the quarterback spot, but according to head coach Ron Rivera, the team was fully prepared to draft Burrow if the opportunity presented itself.

“We feel like championships are won by playing good defense. We felt pretty strongly about him. The only other option we felt was a viable one for us was Burrow and obviously he was taken by Cincinnati,” Rivera said, via SI.com. “We think Joe is the full package. We really do. We think Chase is the full package. Depending on what Cincinnati did, that’s what we were going to do. The opposite. We didn’t think we would lose out either way. We really didn’t. We think both players are going to be great players and have great careers and we’re fired up that we have Chase.”

If you’re Haskins, you probably don’t like this comment from Rivera. It’s no secret that Rivera has moved on from Haskins as he benched him earlier this season, but this solidifies that he wasn’t exactly sold on him even before the season.

On the flip side of that, you can’t blame Rivera for being honest here. The majority of the teams around the league would have drafted Burrow. The guy was coming off of the greatest season in college football history and clearly had every intangible to succeed in the league.

Washington still has to be thrilled that it was able to draft Young, but drafting Burrow would have absolutely sped up the franchise’s rebuild and created a different type of buzz around D.C.