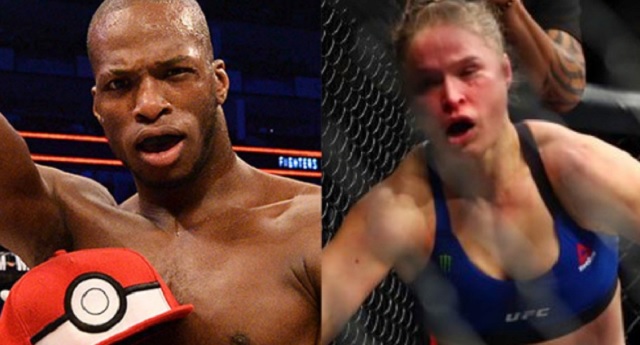 After Ronda Rousey suffered a devastating loss to Amanda Nunes at UFC 207 plenty of folks on the Internet mocked the former women’s champ with hilarious memes and photoshops.

Bellator fighter Michael Paige decided to join in on the fun and created a dance to mock Ronda called “Do the Rousey”.

Happy New Year Everyone!!! This is the first Dance of 2017 I want to see who can do the best Rousey skank, post your Videos and hashtag #dotherousey…………..…………………. #Newdance #2017 #happynewyear #turntup #TheBestHandsDown #handsdown #docmartens @drmartensofficial

Ronda’s boyfriend, UFC heavyweight Travis Browne, did not find Paige’s video amusing and issued a threat on his Twitter account.

While Browne didn’t find the video funny, Amanda Nunes seemed to like it.