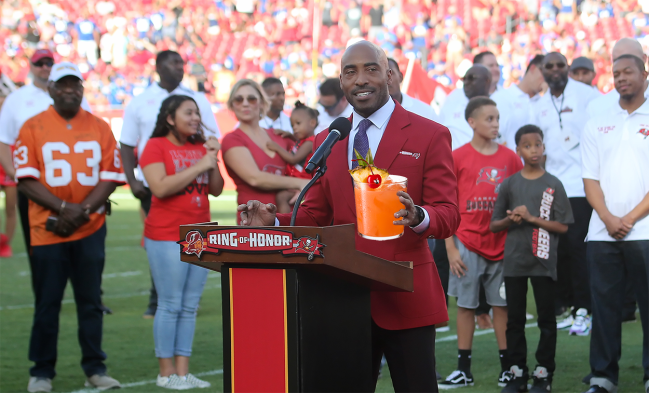 The first official NFL Pro Bowl was held in January of 1951. Every year since, the best players across the AFC and NFC face off against one another in an All-Star game prior to the Super Bowl.

Not only is it an honor to be invited, but it is a lot of fun.

Throughout the years, the quality of the game itself has diminished. Nobody wants to get hurt in an exhibition game, so the players play at about 70% speed and it leads to a lot of offense and big plays.

In the week leading up, the teams get together for practices, but they aren’t usually padded and it’s more about getting a feel for the game-specific offense and meshing with teammates. There is hardly any contact.

This all goes to say that the Pro Bowl doesn’t ask too much of the athletes themselves. It’s all about having a good time.

The game has been held at a variety of warm climate locations, and for the longest stretch of time, it was held in Hawaii. It made for an awesome, all-expenses paid vacation for the players and their families.

That is still the case, but now it is held in Las Vegas.

Regardless of location, the players get to hang out with one another and enjoy some time (mostly) off. That includes having (more than) a few drinks.

Every year, there is a Mai Tai competition.

The concept is simple. Drink as many Mai Tai as possible over the course of one day.

If you are unfamiliar, a Mai Tai is a cocktail based on rum, Curaçao liqueur, orgeat syrup, and lime juice. They are not particularly “weak” in terms of alcohol content.

Nevertheless, the goal is to put them back in large quantities.

Jay Glazer once told a story about the time that he almost got into a fist fight with Peyton Manning after they were both drinking all day. The contest is a real thing that happens every year and it’s rather competitive.

DeAngelo Hall spoke about the competition on NFL Network on Saturday and shared that Ronde Barber currently holds the unofficial record. He claims that Barber drank an astonishing 42 Mai Tais in one day. 42!!!!

If this is true, it’s almost impossible to imagine anyone breaking the record anytime soon. 42 is an insane number. Truly insane.

Ronde Barber should get into the Hall of Fame based on his Mai Tai drinking abilities alone. What a legend.