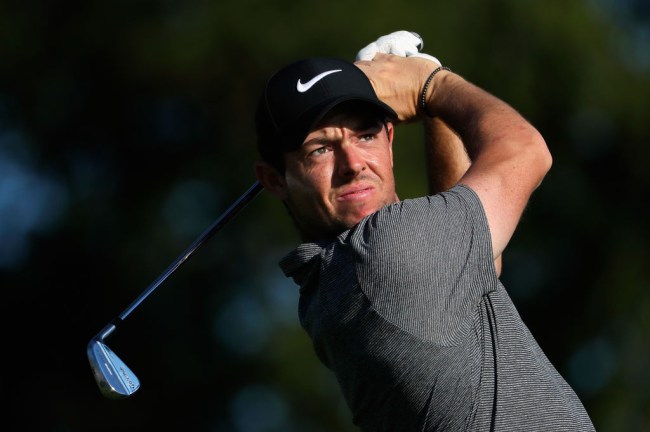 Rory McIlory is Irish. Connor McGregor is  also Irish. So it is no secret that McIlroy is rooting for him on Saturday night. Not only is he pulling for McGregor to win, McIlroy offered up one hell of a theory as to how and why he think it might happen. His theory has more to do with Floyd Mayweather than it does McGregor, but I’ll be goddamned if it doesn’t make a whole lot of sense.

“I’m interested just to see how it all plays out, but I just fear that they do all this trash-talking and they go behind the scenes and they are having a laugh and thinking: I can’t believe we are talking all this public for a ride. We are all buying into it and they are like, can you believe these people believe this. I just hope it doesn’t turn into it and I hope it’s not in any way fixed. It’s amazing, like we were talking about, imagine McGregor knocks him out in the first couple of rounds. They would get even more for the rematch. The rematch would be even bigger. So it’s just — I just don’t know what that zero on Mayweather’s record is worth, and that’s the thing. That’s his legacy. If he goes down and lies down for ten seconds at some point in that, you know, is that worth making an extra few 100 million? That’s sort of up to him.”

Truth be told, I put money on McGregor when his odds were 10-1 so I really hope Mayweather takes a fucking dive so he can line himself up for yet another payday.

Whatever happens on Saturday night, no one is probably going to be satisfied with the outcome. Unless, of course, you had money on the outcome that occurred. Then you’ll probably be thoroughly thrilled with yourself.