Rory McIlroy Sounds Off On Golf’s Distance Insights Report, Thinks It Has Been A ‘Huge Waste Of Time And Money’ 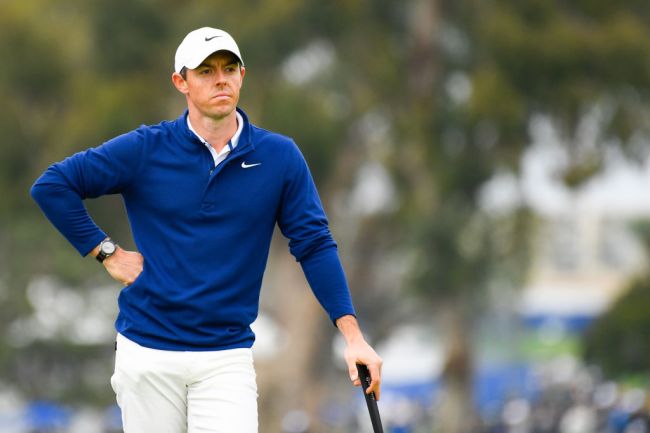 If you’ve been paying attention to the professional golf world over the past handful of years, and more specifically the last 365 days, you’ve heard about the Distance Insights Project no less than 1 million times.

The USGA and R&A joint project was introduced in May of 2018 and it focuses on the future impacts of hitting distance in golf. In simple terms, the project’s goal is to conclude whether or not there needs to be a rollback on equipment as the golf ball is now traveling further than ever before all while most golf courses can’t keep up with the advancements.

The initial report was published on February 4 of 2020 and almost one year later, on February 2 of 2021, the USGA and R&A published a new report proposing a number of changes to equipment and testing that could be adopted. If adopted, these new equipment rules would change the game (nerf the golf ball and clubs) at the professional and elite amateur level.

Every golfer on the planet, from Tiger Woods to the top amateurs in the world to the weekend warrior, has benefitted from the advancements in the golf club and golf ball arena. It’s only the 0.1% of golfers out there, the professionals, that have truly taken advantage as they’re competing for millions of dollars week after week and it’s only that group that this entire multi-year, probably not very cheap project is geared toward.

Rory McIlroy understands that, and he doesn’t appreciate that all this focus and all these resources have been used for a distance report instead of actually trying to grow the game for the 99.9% group of golfers out there. The four-time major winner sees the project as a waste.

“So I think the authorities, the R&A and USGA, are looking at the game through such a tiny little lens, that what they’re trying to do is change something that pertains to 0.1% of the golfing community. 99.9% of the people this play this game play for enjoyment, for entertainment. They don’t need to be told what ball or clubs to use,” McIlroy explained ahead of the Waste Management Phoenix Open.

“We have to make the game as easy and approachable as possible for the majority of golfers. Honestly, I think this distance insight report has been a huge waste of time and money, because that money that it’s cost to do this report could have been way better distributed to getting people into the game, introducing young kids to the game, introducing minorities to the game. I heard Mike Davis say something about we’re trying to protect the game for the next hundred years.”

“This isn’t how you do it. This is so small and inconsequential compared to the other things happening in the game. It’s the grassroots. It’s getting more people engaged in golf. That’s where they should be spending their money, not spending it on the distance insight report.”

McIlroy went on to say that he “would be all for” trying to make the game more difficult for professionals and “the better player” while stating “it’s the other stuff that really matters, and that’s the stuff they need to concentrate on.”

McIlroy’s two comments do contradict one another a bit, but I think plenty of golf fans and professional golfers share the same opinion as McIlroy on the project. I also believe it’s safe to say that most everyone out there is thinking ‘ok, we know there’s going to be some sort of rollback, what is taking so long?’

It seems inevitable something is going to happen, now the question has turned to when?