Rose Lavelle, Who Once Went To School Dressed As Mia Hamm, Knew World Cup Glory Was ‘Always Going To Be’ Her Reality 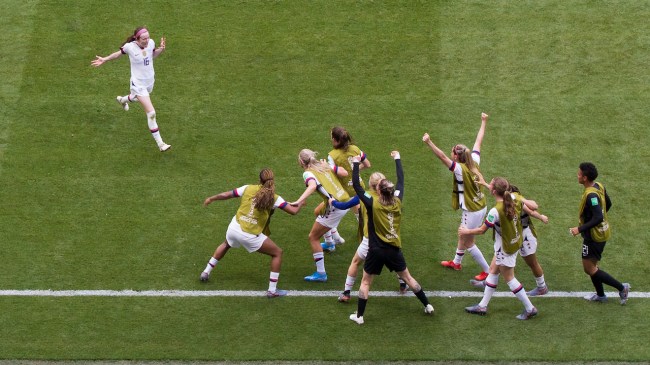 They say that you need to manifest your own destiny.

They say that the best way to achieve a goal is to first — and always — envision yourself doing it. To understand that the completion of this goal is not of a matter of “if”, but a matter of “when”.

Lavelle, who was a key cog in the midfield throughout the entirety of the tournament, was the youngest member of the USWNT’s starting XI at just 24-years-old.

Yet despite her relative inexperience, Lavelle was one of the breakout stars of the tournament, scoring three goals — including the one that clinched the World Cup — en route to being given the Bronze Ball, which is awarded to the tournament’s third best player.

And while some may be surprised that Lavelle has achieved such massive international success at such a (relatively) young age, Rose herself couldn’t be the least bit surprised, as she told Good Morning America that she doesn’t feel like winning the World Cup with the USWNT feels like a dream because it was something she “really felt was going to be a reality”.

“I never like to call it a dream because it was like something that I really felt was going to be a reality someday.”@roselavelle@USWNT#OneNationOneTeamhttps://t.co/760KD9vVbx pic.twitter.com/Th5TiiKu8i

Lavelle has the proof to back up her confidence, too, as not only did she score what will be the defining goal in this historic USWNT run, but her elementary school posted a photo showing that Rose has been ready for World Cup glory since she was a kid.

Once upon a time, this little girl dressed up as her hero, Mia Hamm, for a book sharing project.

Today, this amazing woman won her own gold medal, wearing the number 16, as part of the United States National Women’s Team that won their 4th World Cup Championship AND she won the Bronze Ball as the third best player in the tournament! Now, little girls everywhere look up to her, and will be working hard to become like Rose. [Facebook] 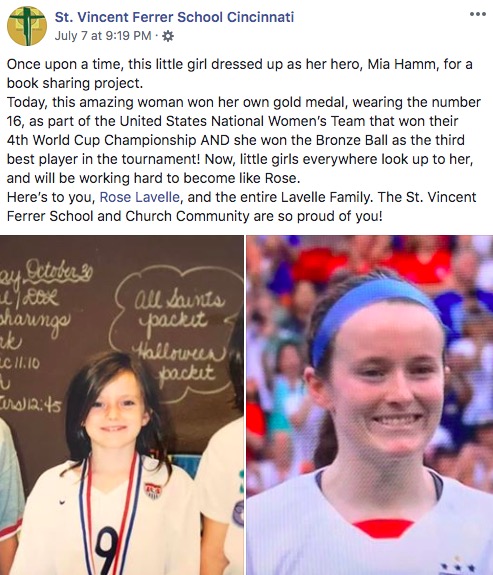 No matter how you may feel about women’s soccer, there’s no denying that we should all have the confidence in ourselves that Rose Lavelle has in herself.