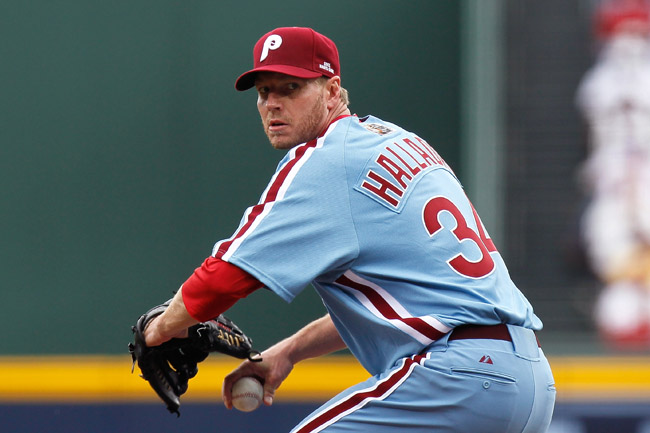 One of the best and most durable pitchers from 1998 to 2013, Roy Halladay was killed in a plane crash in the Gulf of Mexico on Tuesday. The Pasco Sheriff’s office has confirmed the death. The 40-year-old Halladay was reportedly the only one on board the plane.

Pasco Sheriff's office confirms that former Phillies pitcher Roy Halladay has died in a plane crash in the Gulf of Mexico.

According to his Twitter account, Halladay purchased the ICON A5, an small amphibious light-sport aircraft, about a month ago. He posted several videos to Twitter on October 13. He began flight training in the A5 in May of 2016.

I have dreamed about owning a A5 since I retired! Real life is better then my dreams!! Thx Kirk & everyone @ICONAircraft pic.twitter.com/wkk6TtjAY4

Another above average view thanks to my Icon A5! Time it took to get from my lake to here 15min… Having a island to yourself.. Priceless!! pic.twitter.com/oWn7jCHC05

In his career, Halladay was one of six pitchers in MLB history to win the Cy Young Award in both the American and National Leagues. He was also only the fifth pitcher in MLB history to throw multiple no-hitters in the same season – a perfect game on May 29, 2010 and a postseason no-hitter on October 6, 2010.

Halladay had a career record of 203–105 with 2,117 strikeouts and a 3.38 ERA while playing for the Toronto Blue Jays and Philadelphia Phillies.

Since retirement, Deadspin reports that Halladay had been a pitching coach for his sons’ teams and a volunteer instructor with the Phillies.

We are saddened by the tragic news that Roy Halladay, 2-time Cy Young Award winner & 8-time All-Star, has died in a plane crash. He was 40. pic.twitter.com/SOFv3bOLyt

Statement from the Blue Jays organization on the tragic passing of Roy Halladay: pic.twitter.com/Ih8D0RQE9p

Roy Halladay's cap and ball from his 2010 perfect game. His legacy lives on in Cooperstown. Rest in peace, Doc. pic.twitter.com/PqASdhK8bf