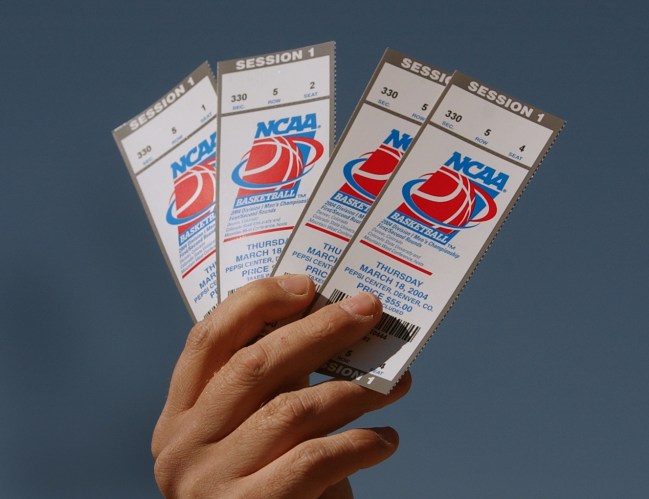 NBA, MLB & NHL teams are expecting the revenue generated from local media rights (total $20.1 billion) to exceed the value of tickets sold (total $19.6 billion), for the first time in 2018; particularly noteworthy, if you consider cable TV is experiencing its fastest rate of decline on record. PwC sports practice leader Michael Keenan explained that “any consumer led disruption of the linear broadcast market in the near term, is unlikely to materially impair the media rights fee landscape.” +/-25 RSN contracts will expire before the next national opportunity arises, leading PwC to project RSN annual growth rates (4.3%) will outpace the growth of gate receipts (2.3%) through 2021.

Howie Long-Short: PwC is bullish on sports media rights because it sees several interested/viable outlets and a limited supply of rights packages. The company also sees that sports remain the most valuable programming on television. In 2016, 44 of the Top 50 most watched programs were sporting events. Keenan & Co. are right, sports media rights are going to skyrocket again in the next round of negotiations; linear operators have no choice but to bid aggressively and the competition for digital rights is expected to be fierce, with several FAANG companies looking to crack the space.

Fan Marino: Most of the discussion surrounding the proposed FOXA/DIS deal has focused on movie and television production assets, but it’s the network of RSNs DIS would gain control of that make this deal noteworthy for frugal sports fans. ESPN is going to add the content from the RSNs to their new ESPN+ platform. Once that occurs, let the cord cutting commence. If you live in Cleveland, can get the Indians and Cavs on ESPN+ and the Browns (and national NFL games) on Yahoo!, why are you still paying for cable?

On Location Experiences, a premium experiential hospitality business, has acquired PrimeSport, a global ticketing company with seats to the most desirable events. CEO John Collins said for his company to “create a better experience” it needed “inventory to the best events” (i.e. Final Four, Daytona 500); tickets that PrimeSport has direct access to. The combined entity maintains partnerships with 150+ sporting rights holders (i.e. NFL, NCAA) and expects to generate $550 million in revenue this year. Financial terms of the deal were not disclosed.

Howie Long-Short: NFL owners (32 Equity) maintain a 20% stake in On Location Experiences, with the balance owned by Redbird Capital Partners and the publicly traded Carlysle Group (CG); the former owner of PrimeSport. Never heard of the Carlysle Group? They’re a private equity firm with more than $175 billion in AUM. Noteworthy investments include; Supreme and Beats Electronics. The company posted reported earnings of $44 million in Q3 ’17, driven by a 33% YOY increase in performance fees. The company also raised an additional $7.1 billion during the quarter.

Fan Marino: On Location paid the NFL $55 million for the rights to 5,000 Super Bowl tickets, per year, for the next 9 seasons; selling packages (including; lower bowl ticket, tailgate party and post-game field access) for $12,749. Packages to this season’s Super Bowl in Minneapolis range from $6,299 to $14,000. Somehow those prices seem reasonable; remember, they come with all-inclusive hospitality and entertainment. The lowest priced field-level club seat on StubHub is currently selling for $14,749 (pre-fees).

Catapult Sports, a leader in sports performance analytics, has introduced team (non-pro) and consumer versions of its PLAYERTEK wearable tracking device; enabling amateur athletes to track and measure (distance covered, ground covered, speed etc.) their efforts during competition. Designed to help athletes improve performance, PLAYERTEK consists of a light-weight vest (worn on the upper back), a tracking “pod” with built in GPS technology and a series of smart sensors, and an IOS application offering analytics software. The team version is used by semi-pro football, lacrosse and soccer programs, while the consumer version is meant for amateur competitive soccer and football players.

Howie Long-Short: Catapult Sports, publicly traded on the ASX under the symbol CAT, acquired PLAYERTEK in July for $3.49 million. On the same day, the company announced it had acquired XOS Digital (coaching, video technology) for $80.1 million. Catapult has a large client base within the professional ranks (i.e. AC Milan, New York Giants, Philadelphia Flyers), so acquiring PLAYERTEK gives the company a product (and presence) it can sell to amateur athletes. Full-year ’17 revenue was up 249% YOY (to $60.8 million), but the company still posted $13.6 million in losses. The share price is down 41% YTD.

Fan Marino: Functionality includes the ability to compare your results with others competing within the same game. While it sounds like a tremendous motivator, no one wants to finish last (particularly, if there is indisputable factual data proving it). As a self-admitted practice loafer, I’m thankful the technology did not exist when I was in youth sports. Those that want to push themselves can buy the tracking pod now for $199 (regularly $229); the vest is an additional $35.