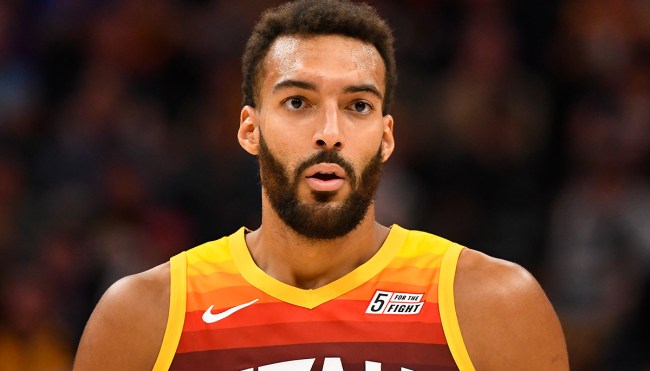 It can be kind of easy to forget that professional athletes don’t spend every waking minute of their lives focusing on the sport they play; they are, in fact, people just like you and me who have their own interests and hobbies to keep them occupied.

There’s no shortage of people who spend a good chunk of their free time pursuing relatively common pursuits like playing golf or fishing, but there are also plenty of others who rely on some comparatively unconventional interests to stay occupied.

For example, Myles Turner has used some of the millions of dollars he’s earned playing basketball to amass a Lego collection that would make every eight-year-old jealous, but I’m not sure if there’s anyone in the NBA who’s embraced a more unexpected pastime than the one Rudy Gobert has apparently decided to pick up.

The formidable defender has been playing for the Jazz since 2013, and it would appear he’s decided to go Full Utah by drawing some inspiration from the Beehive State nickname and trying his hand at beekeeping.

On Thursday, the Frenchman posted a picture of the aftermath of a minor setback that occurred when he was tending to the hive he keeps on his property and got stung in the face by one of its residents.

Gobert addressed the incident (which occurred a couple of days ago) at a press conference ahead of Utah’s showdown with the Mavericks on Thursday night and said he was stung for the third time since he first began beekeeping while attempting to requeen the hive earlier this week.

Rudy said he got stung two days ago. He owns a hive, and changed the queen out. He said this is the third time he’s been stung. He mentioned multiple times that a single bee sting can actually have health benefits.