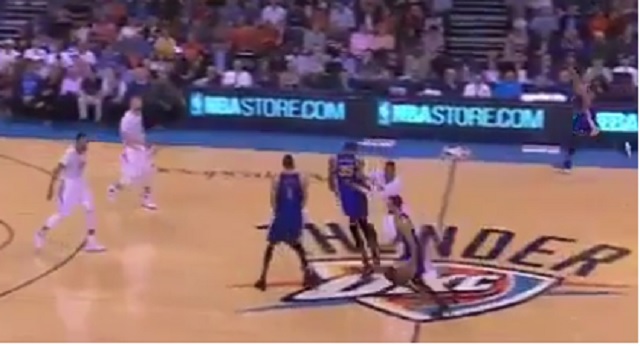 These two need to get locked in a room and fight already.

Update: Russell Westbrook had some words for Kevin Durant later in the game