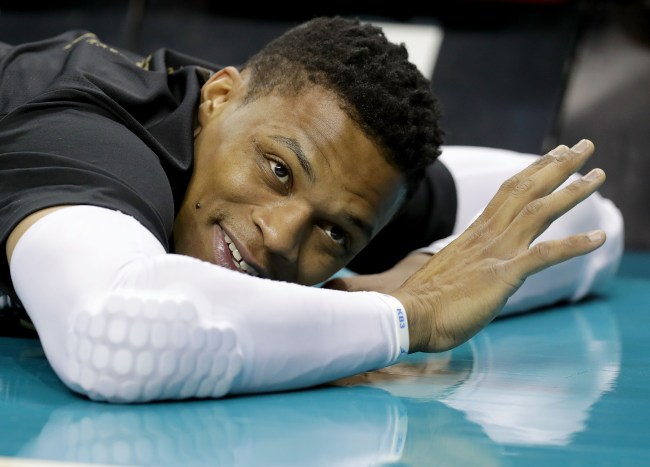 Back in May of 2016, disgraced NBA ref Tim Donaghy told Colin Cowherd that ‘100 percent’ of NBA refs gamble. The man who spent 13 months in federal prison for his role in the 2007 betting scandal didn’t specify how many, if any, refs bet on basketball, but claimed that ‘organized crime will always have a hand in sports.‘

Now it’s tough to believe a man who took money from a professional gambler in exchange for inside information on NBA operations, but after witnessing first-hand the head-scratching calls in the NBA today, I can’t help but think there are some Donaghy clones in zebra suits.

Late in the third quarter of the Thunder/Warriors matchup, Russell Westbrook was bailed out on one of the worst calls ever.

Believe it or not, this foul as called on KD.

The ref was literally in the perfect position to see what everyone else in America saw. 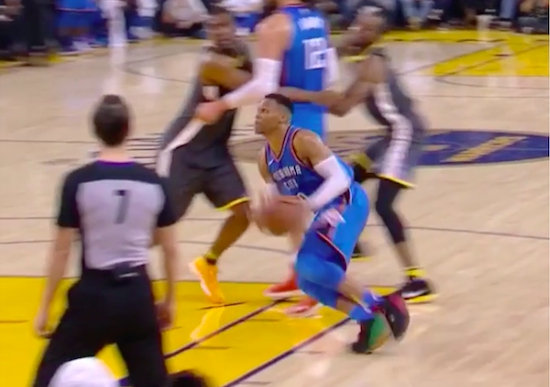 Is me categorizing this play as evidence of a larger conspiracy theory an overreaction? Maybe. But I refuse to be on the wrong side of history this time around.