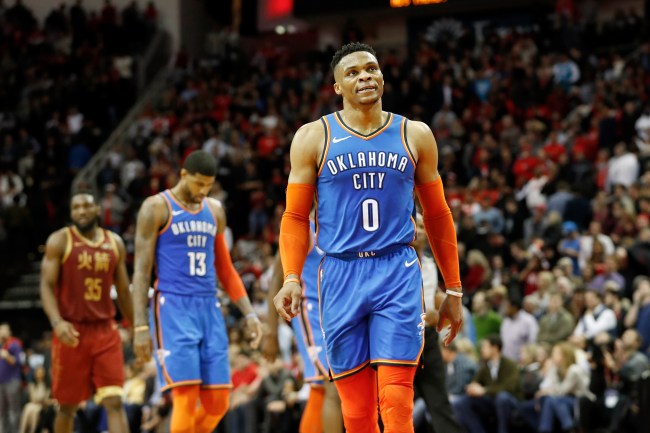 Last night the Los Angeles Clippers pulled off a blockbuster move and traded for Paul George that enabled the team to sign Kawhi Leonard.

Sources: Oklahoma City is getting a massive package of future picks, including Shai Gilgeous-Alexander and Danilo Galllinari, to deliver Kawhi Leonard who he wanted to partner with: Paul George. https://t.co/4bGpMNat8K

Going onto SportsCenter now to report on the Clippers landing Kawhi Leonard and Paul George.

Apparently, now that George is out in OKC, the Thunder are looking to blow things up and discussing trade possibilities for Russell Westbrook.

Count on Russ Westbrook asking out or being moved now. Only question is where and for how much. Just a thought: how much fun would it be to have KD and Russ battling for the NY crown while Kawhi/PG and LeBron/AD are doing the same in LA?

ESPN Sources: Russell Westbrook and his agent Thad Foucher are engaged with OKC GM Sam Presti on next steps for the All-Star guard, including the possibility of trade this summer. https://t.co/S69nu8Phqd

Oklahoma City’s All-Star guard Russell Westbrook and his agent, Thad Foucher, are engaged with Thunder GM Sam Presti about the next steps of Westbrook’s career, including the possibility of a trade prior to the start of next season, league sources told ESPN.