Russell Westbrook Only Wears An Outfit Once Before Giving It Away 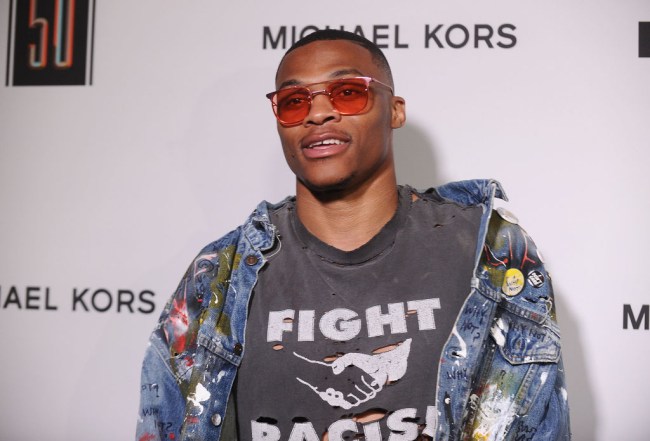 I’ve always said that if I had all the money in the world, I would never wear the same pair of socks more than once. There’s something about slipping fresh socks on my feet that just really does something for me, and if I had the ability to don a new pair each time I got dressed, I wouldn’t waste the opportunity.

Unfortunately, I lack the funds to make my dreams a reality. You know who doesn’t? Russell Westbrook, who is slated to make over $28 million for stepping onto the court next season and who just signed a 10-year deal with Jordan.

If a recent interview on Ellen is any indication, Westbrook is living my dream and then some. According to Yahoo Sports, he visited the talk show on Tuesday and shared that he only wears each of his outfits once before either giving them away to Goodwill or— when he doesn’t care about tax deductions— his friends.

The Oklahoma City Thunder star is just one of the many players in the league who enjoys showing off his sartorial side, and he’s gained quite a reputation for the many avant-garde outfits he’s worn before and after games. My biggest question? Who got to take home the photographer’s vest he trolled Kevin Durant with last season?

That’s a score for the ages.