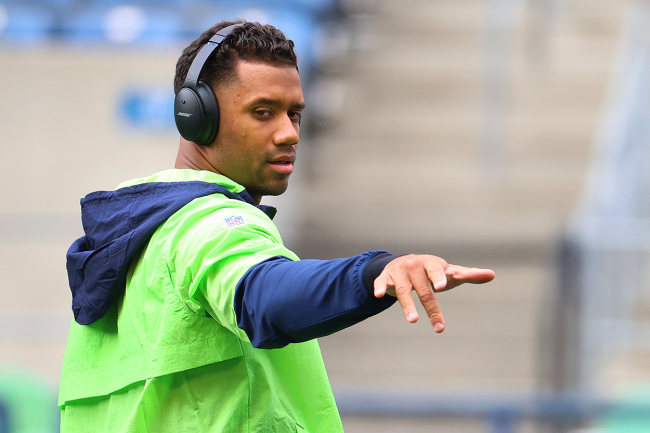 By all accounts, Russell Wilson seems like a great dude. He works hard, loves his people and does everything he can to go the extra mile.

However, in some instances, he takes things a little bit too far. Take his mock pregame warmups while he was injured earlier this year, for example.

That was the case again on Thursday evening. This time, he was unnecessarily #hornyonline.

Ciara, Wilson’s wife, posted a sensual instagram video from a recent visit to some sort of beach. In the video, which was a sponsored post for rum, she can be seen topless, balancing said rum on her head while moving her hips in a sensual manner.

It’s not only impressive from a talent standpoint, but Ciara looks ripped.

Of course, Wilson was quick to slide into the comments. The way in which he commented makes him sounds like a long distance boyfriend who isn’t fully comfortable with his girlfriend posting a jaw-dropping instagram photo/video and has to comment right away to let people know that she’s taken.

If that wasn’t enough, Wilson just had to let everyone know that he was working. Because he works harder than everyone else.

Again, Wilson seems like a fantastic person who does great things for others. But c’mon man, you could’ve just left it at an eyeball emoji!