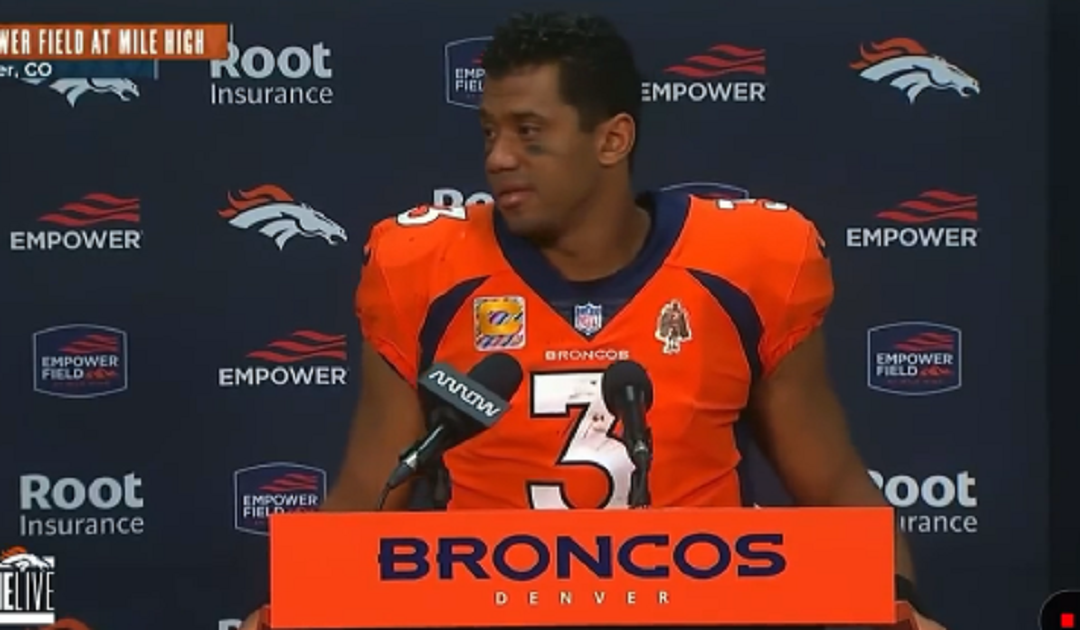 Broncos fans are fed up with Russell Wilson.

Late in the fourth quarter of the Broncos’ Thursday night game against the Colts, Wilson threw a terrible interception while up 3 points, allowing the Colts to come back to tie the game with a field goal.

Wilson would later fail to convert on 4th and 1 when he missed a wide-open KJ Hamler in what ended up being the game’s deciding play.

KJ Hamler was slamming his helmet after the game. For good reason… pic.twitter.com/l5BbcyEeGt

After his postgame press conference, Wilson made sure to say his “let’s ride” catchphrase before leaving the podium.

After the 12-9 loss in OT, Russell Wilson ends his press conference with "Broncos Country, let's ride."

Broncos fans absolutely roasted Wilson for his “let’s ride” comment after the loss.

This dude has no shame https://t.co/g9fsLRrrIQ