Russia Is Claiming That The U.S. ‘Rigged’ The Olympics After Losing Badly, Feeling Embarrassed 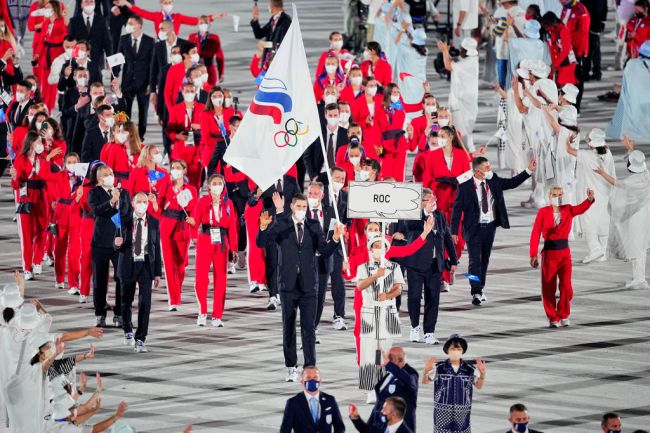 The United States won both the Tokyo 2020 Olympics gold medal count and the overall medal count. That is a fact and there is no two ways about it.

Despite the definitive final numbers, Russia is claiming collusion. Russian officials are making preposterous claims that the United States and other high-powered countries rigged the Games against them.

The Chinese state media recently boosted its medal counts by including Taiwan and Hong Kong to declare victory, but Russia’s accusations of cheating take salty to a whole new level. It is especially hilarious coming from a country that was not allowed to compete under its own name because of its recent history of cheating.

Russia is salty and embarrased.

The ROC finished with 20 gold medals, 28 silver and 23 bronze in Tokyo.

The top 5️⃣ in the medal table from the #TokyoOlympics! pic.twitter.com/aZieHc1Ftq

The medal count was good for third overall and fifth in gold medals. It marked the country’s lowest finish since the 1912 Olympics in Stockholm.

Because authoritarian countries cherish Olympic competition as a platform to inflame nationalism and promote their countries’ global standing, Russia officials are fuming at the result.

Some of the country’s top administrators are even going so far as to claim the Tokyo 2020 Games were rigged against Russia.

According to reports, Russia Rhythmic Gymnastics Federation president Irina Viner-Usmanova said that the “outcome was planned in advance.”

Lawmaker Aleksei Zhuravlyov stated that other countries in Tokyo were a “pack of Russophobic beasts, headed by the United States.”

State-owned television host Olga Skabeeva declared that the Tokyo Games were the “clearest example of total Russophobia.” She also said that global sports are being turned into a “cheap political farce.”

Deputy speaker of the Russian State Duma Pyotr Tolstoy went so far as to call Americans “moral freaks.” He also asked why Russia is “even discussing this parade of freaks and perverts.”

No matter how much they whine and complain, Russia got beat. Badly.

Much of the the Russian anger is rooted in the rhythmic gymnastics individual all-around competition. Israel’s Linoy Ashram defeated Dina Averina to deny Russia a gold medal in the event for the first time since 1996.

“Dina didn’t lose, she won,” Viner-Usmanova said, despite the fact that Dina lost. “It was simply a disgrace to rhythmic gymnastics. Enough, they got tired of Russia. And the judges decided to support this Israeli woman.”

Russian Foreign Ministry spokeswoman Maria Zakharova even said that the judges committed “fraud in front of the whole world.”

No matter what Russia wants to say happened, the (banned) country lost in both rhythmic gymnastics, overall medal count and gold medal count. Whatever helps them sleep at night.