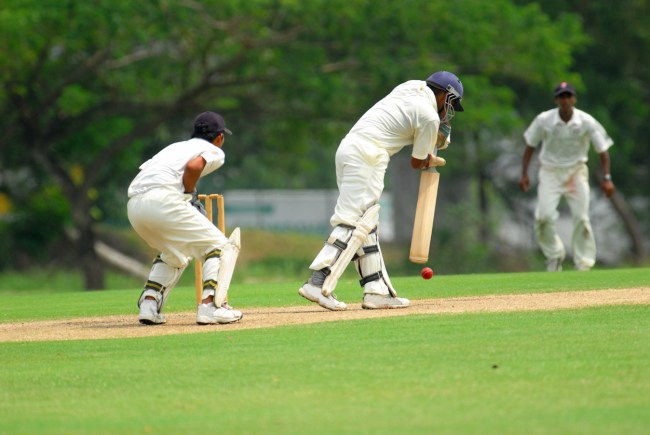 A group of Indian conmen have been arrested after fooling Russian bettors into wagering real money on fake version of the country’s professional cricket league. It was an intricate scam that nearly reached completion but fell just short.

Three weeks after the actual Indian Premier League concluded in May, the conmen staged matches on a farm in Gujarat. They paid 21 farm laborers 400 rupees ($5) per game to pose as players. The same laborers would play every match and would wear and rotate jerseys of real IPL teams— the Chennai Super Kings, Mumbai Indians and Gujarat Titans.

Matches were broadcast live over a YouTube channel called IPL. To make them look and sound legit, the streams would never show a wide shot of the pitch and Internet-downloaded crowd noise sound effects were played through a speaker.

Here it is, the moment you’ve all been waiting for….

Footage of the Fake IPL, which somehow conned people in Russia into betting on it.

‘Chennai Fighters’ off to a solid start, pitch looking in good condition. pic.twitter.com/XtaL5W5zli

The fake league even hired an announcer to mimic the voice of famous cricket commentator Harshe Bhogle. He got a kick out of the whole thing.

According to The Times of India, Shoeb Davda was identified by police as the ‘chief organizer.’ He previously worked eight months in a Russian pub that is famous for taking bets.

“Shoeb hired the farm of Ghulam Masih and installed the halogen lights there. He readied 21 farm labourers, promising them Rs 400 per match. Next, he hired cameramen and bought t-shirts of IPL teams,” police official Bhavesh Rathod said.

From there, the betting scheme began and the fake IPL took bets from Russian punters over a Telegram channel and had totaled more than 300,000 rupees (almost $4,000) before getting caught. A bogus umpire was also involved in the scheme.

“Shoeb would instruct the umpire over a walkie-talkie to signal fours and sixes,” Rathod said. “The umpire communicated the same to the batsman and the bowler. Acting on their instructions, the bowler would deliver a slow ball, enabling the batsman to hit it for a four or a six.”

The charade played out on a remote farm in the Molipur village of the Mehsana disctrict. It reached the “knockout quarterfinal” stage before organizers were caught by police.

Betting on cricket is illegal in India. Four people have been arrested in connection to the case.