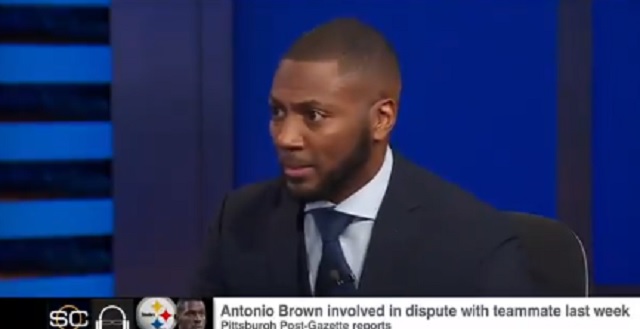 During New Year’s weekend, Clark went viral after he blasted his former Steelers teammate Antonio Brown for being selfish when he went AWOL and requested a trade from the team after getting into a heated argument with Ben Roethlisberger.

Wow! Ryan Clark told a story about Antonio Brown during training camp (2012). "When you give him money, you're gonna create a monster" pic.twitter.com/8KvV9hVdjI

"When it comes to being a good teammate, when it comes to being supportive, understanding you're trying to reach one goal, that doesn't matter to him. What matters to him is: 19 attempts – 14 catches, 185 yards, 2 TDs against the Saints. That's what's important to Antonio Brown" pic.twitter.com/T6ANwAxIE0

“Mike Wallace turned down his deal, and I knew already they were going to offer Antonio,” “When [Brown] walks past, I say to the strength coaches, ‘When you give him money, you’re going to create a monster.’”

“With success, with money, these things come,” “… When it comes to being a good teammate, when it comes to just being supportive, understanding you’re trying to achieve one goal, that doesn’t matter to him. What matters to him is 19 attempts, 14 carries, 185 yards, two touchdowns against the Saints. That’s what’s important to Antonio Brown.

Brown eventually saw the video of Clark’s criticism on Instagram Wednesday and fired back by calling Clark an “Uncle Tom”. 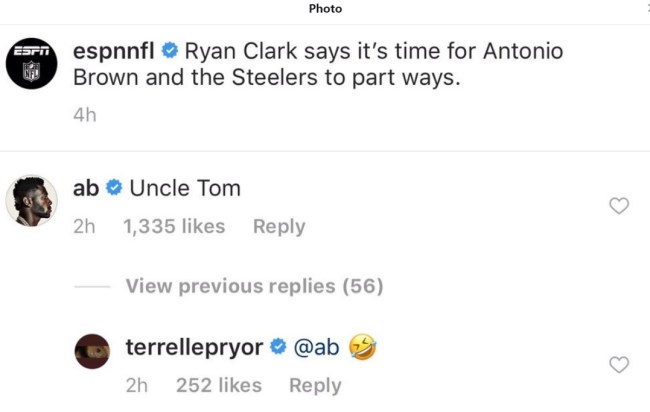 Clark decided to not add fuel to the fire and delivered a measured response to Brown’s “Uncle Tom” comment.

I have a ton of nieces and nephews that I love so much. They all call me Ryan. The rest is just the rest……. I’ll let that be. No one wins here publicity. Let’s all keep the same energy all the time. Happy New Year.

Clark went on to defend his criticism of Brown.

I’m also not a journalist. Has never been my title. I am an analyst. My job is to give my opinion based on experience , knowledge & study. Stories are part of my job. Painting pictures through my life

I have much worse stories than that to depict the person. Only he can stop his bag. I’m 100% against owners in the fight for social justice, police brutality and anything that helps our people. I have held stories for him and still am. I’m an analyst. My stories are my job. https://t.co/iT4bITZ5U7

Clark wasn’t so kind to Deion Sanders son who called him a “lame” on Twitter.

Well Brother.. I’m at the very same event you are now, in the very same hotel, you are more than welcome to find me and have the conversation face to face instead of on twitter!! Here all week!

Not gonna “find” you. I feel how I feel though & I’ll let you know why. We can talk about it most def. We can hit up a food spot downstairs & discuss it. If you didn’t mean it that way and was on a different note, let me know also. Just DM me

It’s that type of week for Ryan Clark.