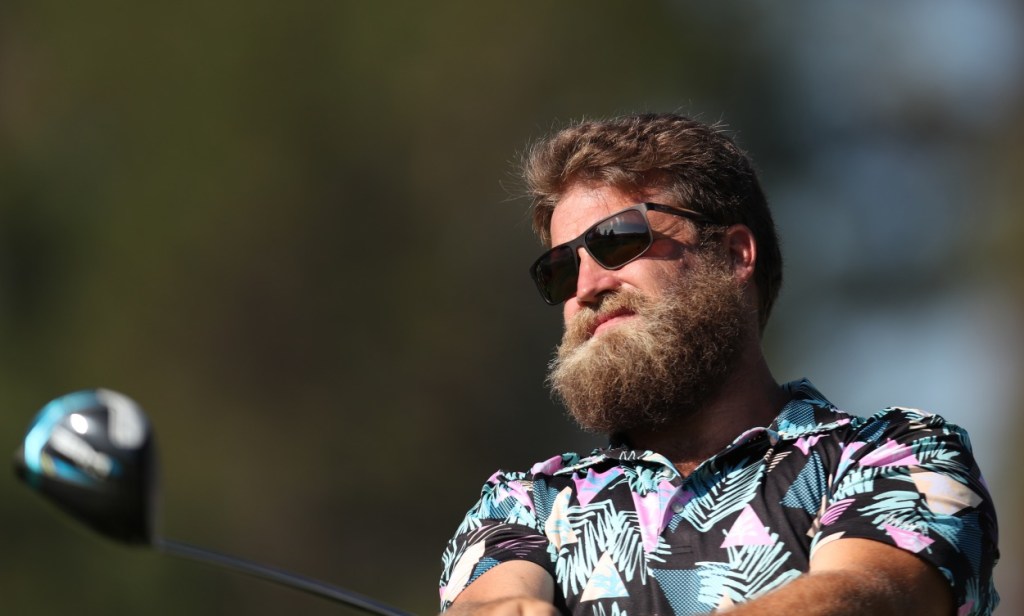 After 17 seasons in the NFL, Harvard’s Ryan Fitzpatrick recently announced his retirement. He ended up announcing his retirement with an interesting text message to a select few of his former teammates, more on that below.

He played for 9 different NFL teams and finishes his NFL career with the most career passing yards (34,990) and most career passing TDs (223) without an NFL playoffs appearance. Some dubious records for an NFL legend who was mostly beloved by fans. I say mostly there because I loved ‘Fitzmagic’ when he was on the Bucs but when he revered to Fitzpatrick it wasn’t so fun…

Ryan Fitzpatrick went on the Ross Tucker Podcast (video below) where he shared the story of his unique and special retirement announcement. It was something he worked on with one of his sons the night before his big announcement. Here’s his story.

This story of how Ryan Fitzpatrick put together the “retirement text” to his former teammates with his son is incredible. pic.twitter.com/AkaB4gQHfR

Here’s that retirement announcement text, in case you haven’t seen it yet:

Congrats on a Helluva career, Fitzy!! Loved sharing the field with you!! The gratitude is all mine!! #BillsMafia #fitzmagic pic.twitter.com/s7n4DsiLJ7

I’ve included the full interview below between Ryan Fitzpatrick and Ross Tucker. He listed some time stamps in the YouTube video’s description revealing their talking points. At 7:30 they discuss ‘reflections on his playing career’. At 11:09 Ryan Fitzpatrick talks about his hip injury. And at 17:25 Fitzmagic discusses ‘transitioning to his life after football’.

I’m having trouble imagining another player like Ryan Fitzpatrick ever gracing the NFL with his presence. He came into the NFL with the highest-ever score on the Wonderlic Test (at that time) and went on to set all sorts of records.

Fitz holds the record for the ‘most consecutive regular season games with at least two touchdown passes in one stadium during one season’ with 9 at Met Life. He holds multiple records tied to consecutive 400-yard passing games. And he’s the only player in NFL history to throw a TD pass for 7 different NFL franchises.