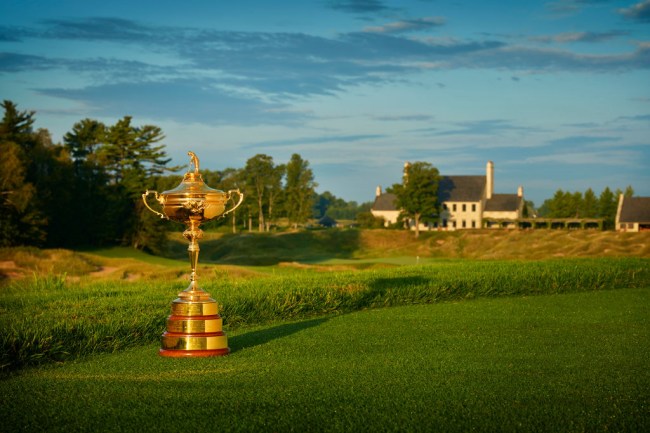 The fate of the 2020 Ryder Cup has been up in the air for months now due to the pandemic, but on Wednesday it was officially announced that the event has been pushed to 2021. The bi-annual event will now take place Sept. 21-26 of next year at Whistling Straights.

After Rory McIlroy, Brooks Koepka, and other top players in the world explained that a Ryder Cup with no fans wouldn’t really be a Ryder Cup at all, the possibility of not having fans is one of the main reasons the event has been pushed back a year.

“It became clear that as of today, our medical experts and the public authorities in Wisconsin could not give us certainty that conducting an event responsibly with thousands of spectators in September would be possible. Given that uncertainty, we knew rescheduling was the right call,” said PGA of America CEO Seth Waugh.

“As disappointing as this is, our mandate to do all we can to safeguard public health is what matters most. The spectators who support both the U.S. and European sides are what make the Ryder Cup such a unique and compelling event and playing without them was not a realistic option.”

All in all, it was a no brainer for the event to be pushed back with the possibility of there not being fans allowed on site. Imagining a Ryder Cup being played without fans is nearly impossible and would certainly feel much, much different than a traditional Cup.