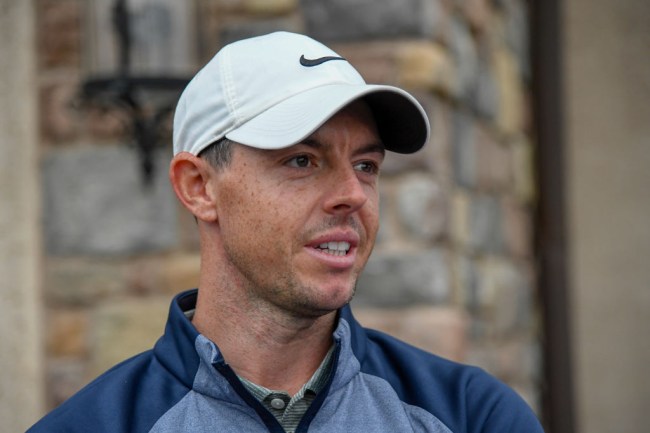 While the 2020 Ryder Cup isn’t scheduled to begin until late September, there is a growing concern that it could be played without fans. Plenty can and will change between now and September regarding The Big Cancel, but how things stand at the moment it certainly wouldn’t be surprising if fans weren’t allowed to attend the Ryder Cup if indeed it goes on as scheduled.

Nobody, however, seems to be on board with that idea. The fans are what make the Ryder Cup the Ryder Cup and having the event played on an empty golf course simply wouldn’t be the same.

Last month Rory McIlroy said that “a Ryder Cup without fans is not a Ryder Cup” and in a recent interview with BBC Sport he explained that he and ‘the majority of players’ would like to see it pushed back to 2021 if fans aren’t allowed to attend the event this year.

“I don’t see how it is going to happen, so I do not think that it will happen. I think the majority of players would like to see it pushed back until 2021 so that they can play in front of crowds and have the atmosphere that makes the Ryder Cup so special,” explained McIlroy. “The players are the ones that make the Ryder Cup. If they are not on board with it and don’t want to play then there is no Ryder Cup.”

McIlroy isn’t the only high-profile player to come out and share his thoughts about a spectator less Ryder Cup.

Tommy Fleetwood came out and said that he is against the idea as well saying that there wouldn’t be as much pressure without fans. More recently, Brooks Koepka simply said that he personally doesn’t want to play if there are no fans while explaining there would be ‘no point’ in playing if that were the case.

The 2020 Ryder Cup is scheduled to take place Sept. 25-27 in Wisconsin at Whistling Straits.