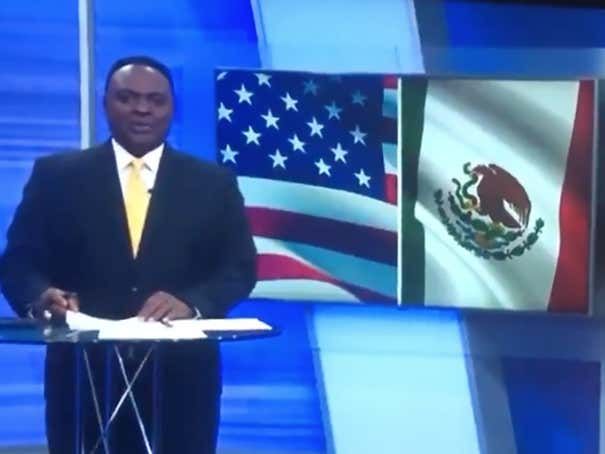 In case you hadn’t heard by now (there is a high probability that you haven’t unless you are a soccer fan), the United States men’s national team beat Mexico to win the Gold Cup on Sunday. The team celebrated the win accordingly in Las Vegas.

The Gold Cup is the biggest North America-specific international tournament, similar to the UEFA European Championships but much less competitive. As such, the U.S. and Mexico are typically the two most relevant countries in the tournament.

It is NOT the World Cup.

Either way, for the U.S. to beat Mexico is a big deal. Our southernly neighbors tend to care more about the sport in general.

However, this year in particular, it was a huge deal. The U.S. did not send their top lineup and it was the second-youngest team in history.

Despite all of the excitement, a reporter from Sacramento could not seem less enthused. He clearly had no idea what was going on and continuously called the Gold Cup, the World Cup. It was the worst possible recap of the game and it was hilarious.

And we wonder why we can’t get an MLS team here in Sacramento 🤦🏻‍♂️ pic.twitter.com/lZxAFPfmpM

The thing is, Del Rodgers is a football guy. He even won a Super Bowl with the San Francisco 49ers.

It is very evident that he is not a soccer guy. He knows nothing about the sport.

You have to respect the (lack of) hustle, because he didn’t even try to fake it. Rodgers is forever enshrined in the sports anchor hall of fame for most lackluster attempt— right next to ‘Boom Goes The Dynamite’ guy.